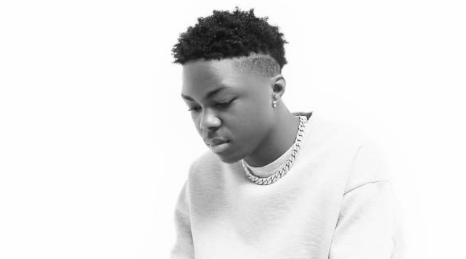 Zhenoboy, is a fast-rising Nigerian singer and songwriter who came into the spotlight in 2021 after his song went viral on Instagram. He was born in the south-western region of Nigeria, where he hails from, and spent most of his early life in Lagos pursuing his career in music.

Zhenoboy released his much-anticipated single titled “African Beauty” on April 12, 2022. The song has been making waves with massive airplay a few hours after release.

Zhenoboy was born in the south-west region of Nigeria, of the Yoruba ethnicity. He grew up with his parents and siblings in Lagos, where he had his primary and secondary education.

While in secondary school, the singer never relented in his efforts toward his music ambition, writing songs and performing at school events and local events within his area.

After completing both his primary and secondary education, Zhenoboy decided to further his education to the tertiary level, he applied and got admitted into the prestigious Obafemi Awolowo University (OAU), where he is currently studying.

Being a fan of afrobeat while growing up, Zhenoboy gained inspiration from the likes of Davido, Burna Boy, Wizkid and Olamide who are some of the biggest afrobeat singers in Nigeria. D

Despite not having the opportunity to meet his role models, the singer continue working hard, making good music at the grassroot level and was recognized with his music playing around the street of Lagos.

Zhenoboy began writing songs and would meet with music producers who create free beat for the singer until he became famous. He started singing in his parents’ house.

Being a student of Obafemi Awolowo University, gave him another opportunity to showcase his talent to the world by performing in school events in the university. He is an outstanding singer well-known in his faculty in school as the best singer.

Zhenoboy took advantage of social media to reach spotlight. He is famously known for creating covers of popular artists songs such as Felony by Ckay, Jowo by Davido and Fireboy DML hit song Peru.

Having released several covers of top artists, Zhenoboy decided to dropped his own song titled African Beauty which was a hit. The song was written by him with production credit from Blaise Beatz, mixed and mastered by Michael Synx.

Zhenoboy also released the video of the song, which was dropped the same day. The video was shot and directed by Pharouk Damilola Films.

Zhenoboy is a fast-rising Nigerian musician. He has an estimated net worth of $50,000. The promising singer is super talented with an amazing voice, which makes fans expect more from him after the success of his single “African Beauty,” which makes waves around the country and internationally.