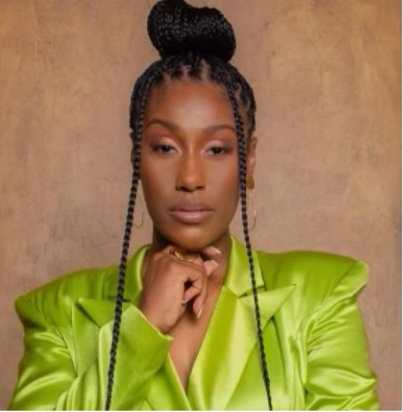 Ericka J. Coulter, born October 29, is an American Grammy award-winning songwriter and music executive. She has credit for her work on Rick Ross’s album, Rather You Than Me, and she came into the spotlight after she was announced as the VP of A&R at Empire Records.

The talented young singer made headlines when she earned a Grammy nomination, having come through the industry with her music.

Ericka Coulter was born and raised in Kansas City where she hails from and began her early education.

She earned a degree in fashion merchandising, Los Angeles, where she is currently based.

Her love of music started while she was still in school which prompt her to write songs for upcoming artists.

Due to her love for music, Ericka wanted to he an artist but unfortunately the career didn’t work out for her.

In 2007, Ericka officially launched her career after her first music-centric internship at Interscope Records.

She was appointed assistant on rhythmic radio in 2008 before she took the position of executive assistant for Step Johnson, former president of Urban Music at IGA.

Irrespective of her age, she has worked with top artists including Mary J. Blige, Lady Gaga, and Keyshia Cole.

Ericka is the founder and CEO of Instor3 INC. management and branding, through which she launched The Basement in August 2017.

Ericka Coulter is an American songwriter and music executive. She has an estimated net worth of $1 million.