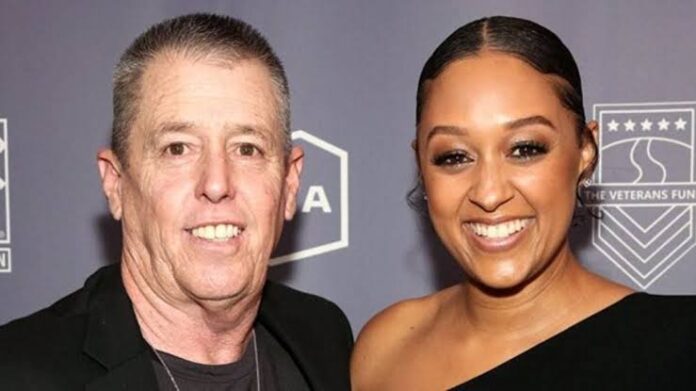 Timothy Mowry, born in 1957, is a retired first sergeant and a U.S. military veteran. He is well-known for being the father of Sister-Sister stars Tia and Tamera, who have been identical twins their whole lives.

He was born in Miami, Florida, on January 4, 1957. He participated in sports as a child, just like many American children. In Miami, Florida, where he attended high school and college, he played football.

After graduating from college, Mowry enlisted. He eventually attained the rank of first sergeant, which was extremely important because it was his responsibility to oversee administrative tasks as well as those related to battalion leadership.

He passed both his physical and mental tests with the highest scores possible.

Following his military retirement, Mowry relocated to California and worked as a custody officer and jailer for the Glendale Police Department.

He is well-known for being the father of Sister-Sister stars Tia and Tamera, who have been identical twins their whole lives.

Although Mowry is of Irish ancestry, he fell in love with Darlene Renee Flowers, an Afro-Bahamian woman. Despite having four children who are all succeeding in their respective professions, the couple nevertheless got married.

However, after 40 years of marriage, Timothy Mowry and his wife decided to call it quits in 2015.

The former spouse has remained close to their kids and has been very supportive of their aspirations because family is very important to them.

Additionally, they are playing the part of adoring grandparents to their grandchildren with pride.

When Timothy Mowry and Darlene Renee first met in high school, their love was immediate. Despite the fact that racism was more likely to affect them because of their mixed-race relationship, the couple wed in 1975.

After graduating from high school, they both enlisted in the American military and advanced to the rank of sergeant.

Her daughter’s manager was Darlene Flowers as well. In 2015, the couple filed for divorce for an unspecified reason.