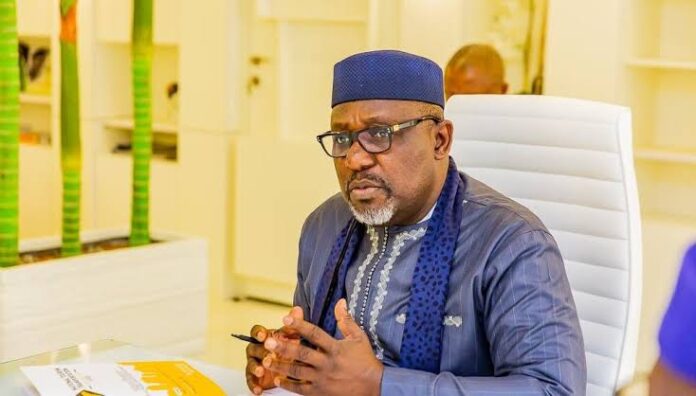 Okorocha is undoubtedly one of the top politicians in Nigeria, having served in high positions.

Owelle Rochas Anayo Okorocha, born September 22, 1962, popularly known as Rochas Okorocha, is a Nigerian politician and philanthropist from Imo State. He is the senator representing Imo West senatorial district in the National Assembly and also the former Governor of Imo State.

Okorocha was born in Ogboko, Ideato South in Imo State, where he hails from.

Rochas was born in Ogboko, Ideato South, Imo State, to an Imo father and an Anambra mother. He identifies more with his Anambra side, which is where his inherent hostility comes from.

He is also the Pro-Chancellor, African Business School and Former Chairman, Board of Nigerian Airspace Management Agency.

After serving as the Governor of Imo State, Okorocha was elected as a senator.

Okorocha is a top politician with an estimated net worth of $50 million.

Okorocha is married to Nneoma Nkechi, and the marriage has been blessed with six children: three girls and three boys.

Rochas Okorocha owns Rochas Foundation, a charity organization which offer helping hands to those in need.

The foundation has special schools spread all over Nigeria which gives scholarships to the less privileged.