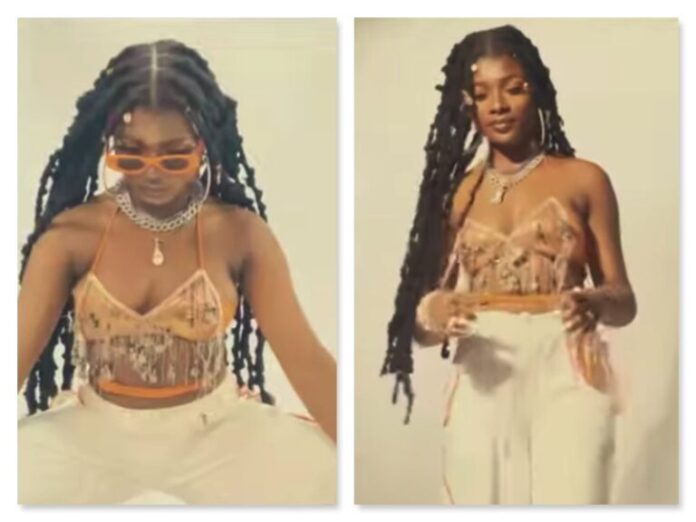 Here is singer Salle’s biography with facts you need to know about the fast-rising singer who caught the attention of people on social media.

Salle’s journey to the spotlight came as a surprise to lots of people including herself who didn’t expect such to happen after a video of her singing went viral on the internet.

Kosisochukwu Gospel Peters, born in 2004, better known as Salle, is a Nigerian singer and songwriter who came into the spotlight after her freestyle video went viral on social media. She was a street hawker who earned a living by selling in Owerri before she was discovered, and she possessed an amazing voice. Singer Salle is from Owerri, in Imo State, where she currently resides to pursue her music dreams.

Not much information is revealed about Salle’s early life and education, but she is done with her primary and secondary education.

She is a lover of music with a burning passion inside her. Despite going through hard times, Salle refused to give up on her dreams.

Salle grew up with an unmatched talent for music, which prompted her to start singing at a tender age.

She came into the spotlight in September 2021 after her video went all over the place on social media.

In the viral video, she could be heard spitting out vibes and lyrics with a sonorous voice.

She has been contacted by Rihanna and CNN reporter Christiane Amanpour, inviting her for an interview on CNN.

Salle is a fast-rising singer and songwriter. She has an estimated net worth of $5,000.