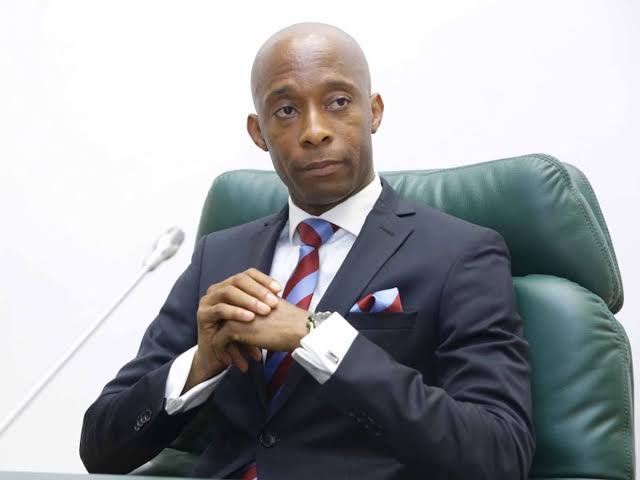 Onofiok Luke is one of the famous and strong Akwa Ibom State politicians who have touched the lives of the people they represent.

The lawmaker was born and raised by dedicated and humble Christian parents in Akwa Ibom State who both worked in Nigeria’s Civil Service.

Onofiok Luke graduated from the University of Uyo, Nigeria with an LL.B. He underwent further studies at the Nigerian Law School to become a Barrister at Law.

Onofiok attended the University of Uyo, Nigeria, where he graduated in 2005 with an LL.B. In 2009, he underwent further studies at the Nigerian Law School and in 2010 he obtained the qualification to become a Barrister at Law in Nigeria.

In 2011, he became an Associate Fellow of the Nigeria Leadership Initiative (NLI), an international non-profit platform for credible, accomplished and uniquely patriotic Nigerians.

He is also a member of the Nigerian Bar Association (NBA) and an alumnus of the Harvard Business School Executive Education programme and an Honorary Texan.

Onofiok Luke is known for his activism. He became popular when he served as President of the Student Union Government of the University of Uyo.

Onofiok Luke led a mass student protest against the university management for increasing school fees and other sundry charges for students of the institution without justification.

The lawmaker worked with Governor Godswill Akpabio for three years as a Personal Assistant, after which he was nominated to the Nigerian Youth Parliament where he was later elected as the pioneer Speaker of the 109-member Parliament, a non-stipendiary institution put together by then President Umaru Musa Yar’Adua to help generate inputs from elite Nigerian youths into the country’s mainstream governance.

Onofiok Luke contested and won the 2011 primaries of the People’s Democratic Party (PDP) to run in the general election for a seat to represent Nsit Ubium state constituency in the Akwa Ibom state House of Assembly.

On December 21, 2015, he was elected as the 11th Speaker of the Akwa Ibom state House of Assembly.

Onofiok was first elected to the Akwa Ibom state legislature in April 2011 and was reelected for a second term on April 11, 2015.

On Friday, June 29, 2018, Barrister Onofiok Luke, officially declared his intention to contest for the Etinan Federal House of Representatives’ seat.

On February 24, 2019, Onofiok Luke was elected to represent the Etinan federal constituency in the House of Representatives under the platform of the People’s Democratic Party (PDP).

Onofiok polled 44,830 votes against his closest rival and former member of the House of Representatives, Mr Dan Akpan, of the APC who scored 15,800 votes.

RT. Hon. Onofiok Luke received his certificate of return to become the representative of Etinan Federal Constituency from the Independent National Electoral Commission (INEC) on March 14, 2019.

Onofiok Luke has sponsored several bills as a lawmaker and has been a blessing to his people with lots of empowerment.

More than 600 youths and women have all benefited from the schemes initiated by Onofiok Luke in two years.

He is the first and only known public official in Nigeria to run an internship program on legislative practises for young Nigerians.

He founded The Onofiok Luke Legislative Internship Programme (TOLLIP) in 2013. The programme which is designed to train and mentor young Nigerians on the rudiments of law-making in line with international best practises.

Onofiok Luke is a Nigerian lawyer and politician with a net worth of around $10 million. He is the member representing the Etinan Federal Constituency in the House of Representatives.

Onofiok Luke was raised as a Christian of the orthodox Qua Iboe Church, but now worships with Full Life Christian Centre in Uyo, Nigeria.

He is a Born Again Christian and openly promotes the Christian doctrine of the payment of Tithes.

He is married to his beloved wife, Uduak Onofiok Luke, PhD, and the marriage has been blessed with children.