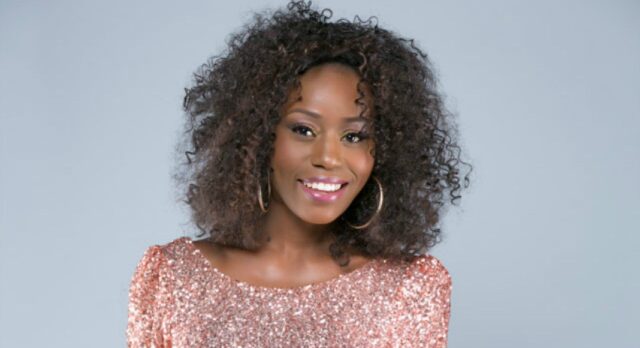 Ijeoma Agu was born in Benin City, Edo State, to Igbo parents, and she grew up in Benin City and Lagos State, where she pursued a career in acting and became one of the best actresses in Nigeria with outstanding movie roles.

Ijeoma Grace Agu was born in Benin City, Edo State, where she grew up. She was also raised in Lagos State, although she originally hails from the south-eastern part of Nigeria, and is of Igbo ethnicity.

She is the first child of her parents’ five children. The talented actress grew up alongside her four siblings and with her parents, who were supportive, especially with her acting career.

Ijeoma Grace Agu started and completed her primary education in Benin City, Edo State, obtaining her First School Leaving Certificate (FSLC) and her Senior Secondary School Certificate in a public school in Lagos State before proceeding to a higher institution to further her education.

Agu applied and got admitted into the prestigious Nnamdi Azikiwe University, where she graduated with a bachelor’s degree in biochemistry in 2007.

Having grown up under the influence of her parents, Ijeoma Agu describes her dad as being responsible for instilling the confidence to act into her, which helps her in both her education, career, and personal life.

While growing up, Ijeoma Grace Agu fell in love with drama and acting, which triggered her to join the drama group and have some stage performances at her tender age. During her secondary school days, she performed at the school’s vespers and joined the school theater group.

She joined the Nigerian Film Industry fully after her graduation from the university and made her debut in the TV series, Eldorado, which was produced by Nollywood icon, Fidelis Dukker.

Despite featuring in a television series, Ijeoma Grace Agu was not so popular until she starred in the blockbuster movie, Taxi Driver, playing the role of a prostitute named Delia. The movie was directed by her husband, Daniel Oriahi.

Having being in the industry for more than 13 years, Ijeoma has appeared in over seventy movies and TV series; worked with top Nollywood stars including Ireti Doyle, Odunlade Adekola, Femi Jacobs, Hafeez Oyetoro, Omowunmi Dada, Baaj Adebule and Bimbo Akintola.

Being a movie producer, Agu composed and released the movie Zena, which featured top stars like Beverly Osu and Juliet Ibrahim.

Ijeoma Grace Agu is a talented Nollywood actress and filmmaker. She has an estimated net worth of $500,000. The actress amassed wealth through acting in several movies and also producing her own movie, which was a success.

Ijeoma Grace Agu is married to popular Nigerian director and filmmaker Daniel Oriahi, who is the CEO of House5 Production and Studio, a movie production company based in Nigeria.

They got married on November 20, 2013 in a glamorous marriage ceremony with celebrities guests who were present to witness the matrimonial vows. Ijeoma Agu and the husband has been living in peace and harmony, enjoying their marriage. The marriage is blessed with a lovely daughter.