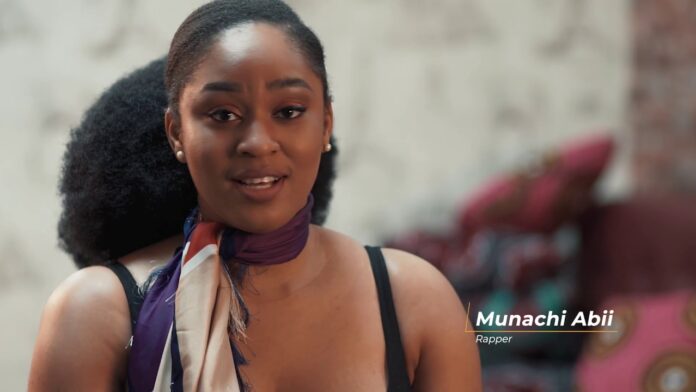 Munachi Abii, the former Most Beautiful Girl in Nigeria (MBGN), is a combination of beauty, brains, and talent, which has kept her in the limelight even after her reign in 2007.

The Most Beautiful Girl in Nigeria in 2007 represented Nigeria in the Miss World Pageant in China, but before her reign as a beauty queen, she had been doing rap music and had performed as part of the Port Harcourt-based rap group The Specimen A and collaborated with Terry da Rapman on the critically acclaimed My PH Girl.

Muna as she is popularly known on stage, was born on November 5, 1987, in Port Harcourt, where she was being raised as well. The ex-beauty queen is from Owerri in Imo State, in the south-eastern region of Nigeria.

She then went on to enroll in a degree program at Benson Idahosa University in Benin City, Edo State, where she studied International Relations and Diplomacy.

While she was 20 years old during her second year at university in 2007, Muna participated in the Most Beautiful Girl in Nigeria (MBGN) Pageantry and came out on top as the winner of that year’s edition of MBGN.

Her platform as reigning queen was polio and sickle cell awareness, and she later that year represented Nigeria at Miss World in China. Muna collaborated with MBGN 2000 winner Matilda Kerry on a cervical cancer awareness project in 2009.

Before Muna took part in the MBGN and Miss World, she had been involved in music through singing and songwriting.

As a songwriter, she has written songs for artists such as J Martins and Waje, and she has also appeared in several music videos, most notably in P-Ifunanya, Square’s, which sparked rumors that she was dating Peter Okoye.

As a solo rapper, she performed as “Babyrella” before changing her stage name to “Muna.”

Muna signed a multi-year management contract with Ayo Shonaiaya’s RMG Company in June 2010, after years of collaborating with various artists, and began working on her debut album, The Goddess, The Hustler, which will include the singles I Feel Real and Killer Queen.

Muna signed an endorsement deal with Unilever as the face of Lux in 2011. That same year, she co-hosted the television show Malta Guinness Street Dance Africa. In 2011, she participated in the BET Awards’ female Nigerian cypher.

Muna also presented at the Mr. Nigeria Pageant and, in 2012, at the Nokia Don’t Break The Beat multi-city Rap Battle contest.

In 2019, Muna featured in the Nollywood movie Living in Bondage: Breaking Free.

In 2020, Abii co-starred in the romantic drama film, Finding Hubby

Munachi Abii is a top Nigerian singer, songwriter, rapper, and model with a net worth of about $500,000.

Munachi dated Tomi Thomas, who was 23 years old at the time. It was reported that Tomi cheated on the former beauty queen in August 2017.

As speculated, she is said to have previously dated one of the famous P-Square brothers, Peter Okoye.