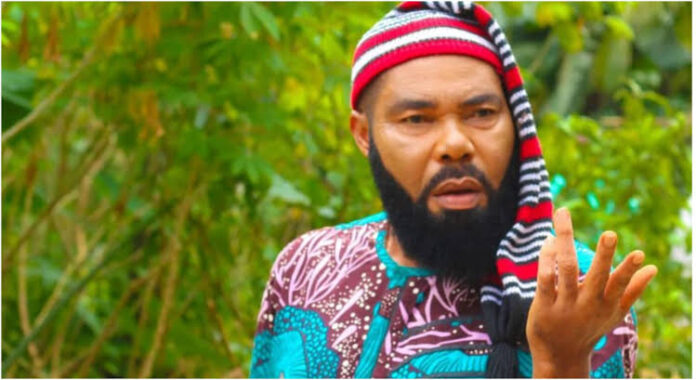 Moses Armstrong, is a popular Nigerian actor, filmmaker, and politician who hails from Akwa Ibom State, in the South-South region of Nigeria. He starred in several Nollywood films, including Okon Lagos, Tears in My Heart, and Edikan, and has also produced many Akwa Ibom movies.

Moses Armstrong was born and raised Akwa Ibom State, the South South region of Nigeria where he hails from.

H earned a bachelor’s degree in catering and hotel management in Seoul, South Korea although not much information is disclosed regarding his educational background.

Moses Armstrong is from the Ibibio tribe in Akwa Ibom State, and a force to reckon in the entertainment industry both in Akwa Cross and Nollywood as a whole.

Moses began his career in the Nigerian film business in 1999. After a series of tryouts, he was cast in a movie called ‘Bodyguard,’ in which he played a sub-lead part and was produced by Ifeanyi Ikpoenyi.

Moses claimed that Ajiko Forest was his difficult film, in which he played a wealthy Chief alongside Zack Orji, who played a governorship hopeful in a state.

In the film, Moses Armstrong funds Zack Orji’s campaign for governor of the state with 3 billion Naira, but due to his status as a political godfather, he kidnaps Zack Orji.

He also claimed that Ajiko Forest and Soldier Boy were his favorite films, despite the fact that he has always performed admirably in all of his roles.

Because of their natural temperament in their acting, Moses Armstrong acknowledged Emeka Ike and Albert Shino as role models.

Moses Armstrong is a talented and popular Nigerian actor and filmmaker with an estimated net worth of $500,000.

Moses married the love of his life, Rita Armstrong, who tragically died in a dreadful car accident on her way back to Uyo. Rita was claimed to have sustained a spinal cord injury. May her soul find eternal rest.

Moses Armstrong was appointed as the governor of Akwa Ibom State’s Special Adviser on Agriculture to Governor Udom Emmanuel.