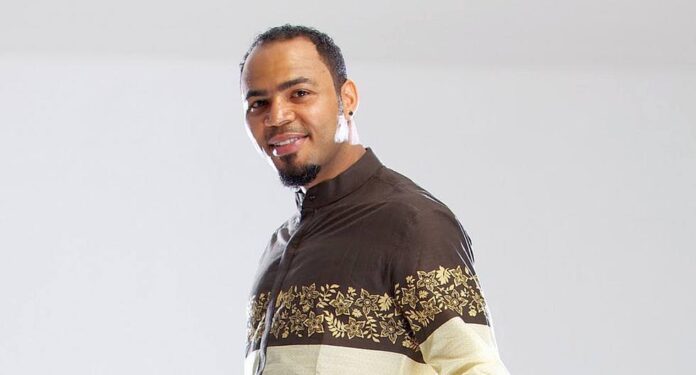 Ramsey Tokunbo Nouah, born December 19, 1970, better known as Ramsey Nouah, is a popular Nigerian actor, movie producer and director. He was born in Lagos to a Israeli Jewish father and a Yoruba mother. Noah won the Africa Movie Academy Award for Bes Actor in a Leading Role in 2010.

Ramsey Nouah was born to an Israeli Jewish father and a Yoruba mother from Owo in Ondo State, but grew up in Surulere, Lagos where he had his early education.

He attended Atara Primary School where he obtained his First School Leaving Certificate then proceeded to Community Grammar School for his secondary school education.

After his secondary school education, Ramsey Nouah got admitted into the prestigious University of Lagos where he bagged a Bachelor’s degree in Mass Communications.

Ramsey Nouah began acting while he was young and needed money for his General Certificate Education (GCE) although he wasn’t popular until he joined Nollywood.

He came into the spotlight after he starred in the Nigerian TV soap opera, Fortunes, and has since appeared in several Nollywood films, playing lead role. He is known for his romantic roles which earned him the name “Lover-Boy”.

He protected the rights to Living in Bondage: Breaking Free from Kenneth Nnebue in 2015, for a remake to be filmed in Europe, America, and Nigeria.

Nouah annouced in 2018 that his remake had become sequel titled Living in Bondage: Breaking Free, which was later released on November 8, 2019. In his debut directorial movie, he played the role of cult chief priest and acted alongside popular Nollywood stars Kanayo O Kanayo, Manuel Udokwu and Kenneth Okonkwo.

The film Living in Bondage: Breaking Free won seven (7) awards during the 2020 edition of the Africa Magic Viewers Choice Awards.

Ramsey Noah is a veteran Nollywood actor, producer and director. He has an estimated net worth of $7million. The actor has amassed wealth through his roles in movies and also producing his own movie.

Ramsey Nouah is happily married to Emelia Philips-Nouah. They got married in 2002 with the union blessed with three children, two sons a daughter.