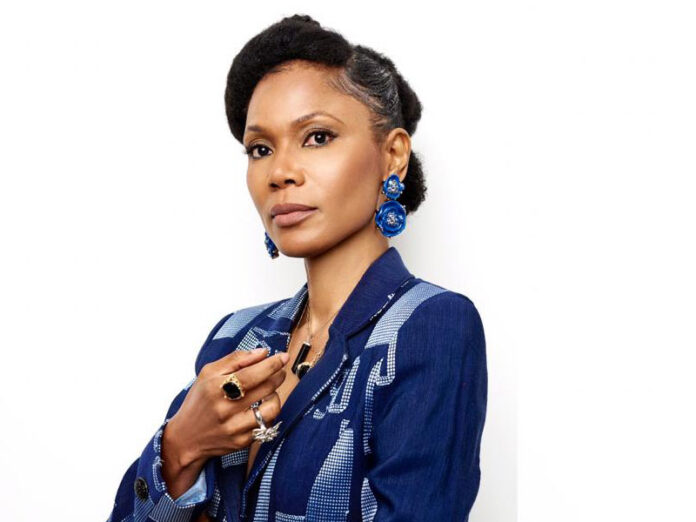 Funmi Iyanda was born in Lagos to Gabriel and Yetunde Iyanda’s family. Her mother was from Ijebu-Ode, while her father was from Ogbomoso.

Her mother died when she was seven years old, and she grew up on the Lagos Mainland.

She continued her education at the University of Ibadan, where she earned a Bachelor of Science in Geography.

Funmi got her start in television when she started producing and hosting Good Morning Nigeria, a breakfast magazine show.

The “Heroes” segment, which celebrated the accomplishments of deserving citizens, and “Street Life,” which, unlike many other shows at the time, went out on the streets in search of intriguing Nigerian human-interest tales.

The show focuses on the injustices that Nigerians face, especially the most vulnerable elements of society, such as women and children. The show aired on national television and was syndicated.

MITV Live, produced by Segun Odegbami and Tunde Kelani, was the first show she hosted.

She also pursued her profound love of sports by pursuing a career in sports journalism.

She worked on a documentary for the 2006 Africa Cup of Nations, as well as covering the 1999 FIFA Women’s World Cup, the All Africa Games in Zimbabwe, and the Olympic Games in Sydney and Athens in 2000 and 2004.

New Dawn with Funmi first aired on NTA 10 Lagos in the year 2000. The show’s popularity made it NTA’s longest-running independently produced show.

Funmi Iyanda has also contributed to Tempo Magazine with regular essays. She still contributes to Farafina Magazine as a guest columnist on occasion. PM NEWS, The Punch, Daily Trust, and Vanguard Newspapers have all published her work.

After a two-year hiatus, Funmi returned to the screen in 2010 with Chris Dada’s television show, Talk with Funmi (TWF). Talk With Funmi travels around Nigeria, filming people and discussions as she goes from state to state.

Funmi Iyanda finished production on My Country: Nigeria, a three-part documentary that broadcast on the BBC World Service in 2010 to commemorate the country’s 50th anniversary of independence.

One of the documentary’s episodes, Lagos Stories, was nominated in the category of “Best News Documentary” at the 2011 Monte Carlo Television Festival in Monaco.

The web series, which was unable to show on Nigerian television, gives an insider’s view of the Lagos protests, in which people of all classes flocked to the streets to demand a reversal of the 117 percent increase in gasoline prices.

It was nominated for the 2012 BANFF World Media Festival in Alberta, Canada, in the non-fiction web series category.

Funmi Iyanda is a Nigerian popular presenter and show host. She has an estimated net worth of $1 – 5 million.

Funmi Iyanda is a member of the African Leadership Institute, a Tutu Fellow, and a Forum for Communications and Society participant at the ASPEN Institute.

As she returned from a five-day UN advocacy climb up Mount Kilimanjaro in 2012, she was honored by Lagos State Governor Babatunde Raji Fashola for her commitment to gender advocacy.

The climb was organized by the United Nations to raise worldwide awareness about its campaign to End Violence Against Women and Girls, and it gathered climbers from over 32 African countries together in a historic advocacy expedition up Mount Kilimanjaro.

Farafina Trust and Positive Impact Youth Network both had Funmi Iyanda on their boards.

In January 2012, she took part in the Occupy Nigeria series of protests. The protests were held to oppose the government’s strategy of removing fuel subsidies.

Former Lagos State Governor Babatunde Fashola congratulated Funmi Iyanda for cooperating with the United Nations (UN) and other African women in climbing Mount Kilimanjaro to raise awareness for the campaign to stop violence against women and the girl child in Africa.