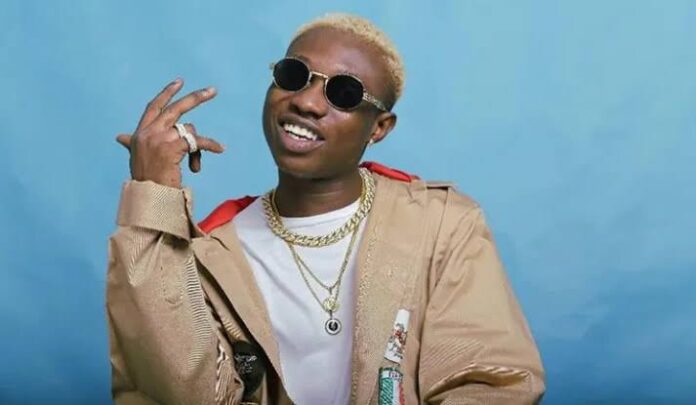 Omoniyi Temidayo Raphael, born December 19, 1994, professionally known as Zlatan Ibile, is a popular Nigerian rapper, singer, songwriter, and dancer. He is the founder of Zanku Records. Zlatan came into the spotlight after his collaboration with Chinko Ekun and Lil Kesh on the hit single, Able God.

The prolific rapper completed both his elementary and secondary education in reputable schools, where he obtained First School Leaving Certificate and Senior Secondary School Certicate.

He had his higher education at Moshood Abiola Polytechnic, which awarded him a National Diploma in business administration in 2011.

After finishing high school, Zlatan wanted to pursue a career in music. At the age of 19, he won the Airtel-sponsored 2014 edition of the “One Mic Campus Tour” music competition in Abeokuta, Ogun State.

Zlatan broke into the Nigerian music industry after releasing the Olamide-assisted hit “My Body” in 2017. After hearing Zlatan’s song with Olamide, one of the co-owners of Alleluyah Boiz Entertainment, Lawrence Irabor signed Zlatan to their record label A.B.E. record in 2018.

Zlatan rose to prominence after collaborating on the 2018 smash tune “Able God” alongside Chinko Ekun and Lil Kesh. After gaining weight in the industry, Zlatan released “Zanku,” a song accompanied by a dance routine of the same name.

Zlatan ibile released the Davido-assisted track “Osanle” in 2018 then released “Glory” in early 2019 before being featured on Burna Boy’s “Killin Dem,” a tune on the latter’s fourth studio album African Giant.

He was soon featured on Ceeza Milli’s “Flenjo” and Naira Marley’s controversial song, “Am I a Yahoo Boy.” Zlatan announced on July 26, 2019, that he had inked an endorsement contract with Coca-Cola.

Zlatan took to Instagram on January 1, 2020, to announce the launch of his record label, ‘Zanku Records,’ with no artists revealed. He celebrated his birthday on February 25 while announcing the numbers and names of the acts he signed.

He identified three artists: Papisnoop, Oberz, and Jamopyper, as well as the official signing of a videographer/cinematographer named Visionary Pictures, his manager ‘Manager Jiggy,’ his music producer Rexxie, and a public relations consultant ‘Biesloaded.’

Zlatan Ibile is a famous Nigerian rapper and singer with an estimated net worth of $2 million.

Zlatan Ibile is not yet married but he is in a relationship with DaVita Lamai, a Nigerian model who is also his baby mama.

The rapper has two children from different mother, although he has not revealed the identity of his second baby mama.