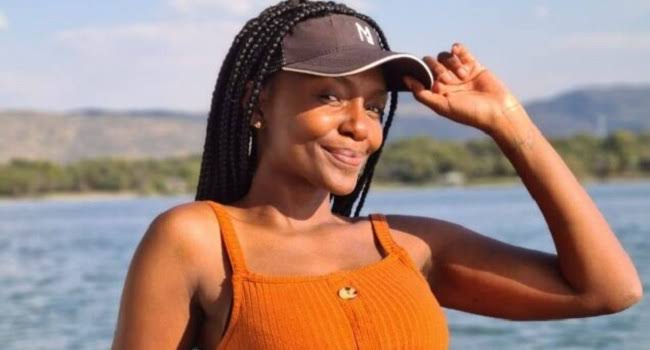 Zethu Dlomo-Mphahlele, born March 31, 1989, better known as Zethu Dlomo, is a famous South African actress. She gained fame in the American television series Black Sails as “Madi,” a character. Zethu Dlomo portrayed the main character in the sci-fi television series Room 9, which was broadcast on SABC 1 in 2012.

Zethu Dlomo was born on March 31, 1989 in Gauteng, Lenasia in South Africa where she was raised.

Later, she grew up in Mmesi Park, Dobsonville, and Soweto. The National School of the Arts was her first place of study.

She received a Bachelor’s Degree with Honors in Dramatic Art from the University of the Witwatersrand in 2010.

Zethu Dlomo portrayed the main character in the sci-fi television series Room 9 that was broadcast on SABC 1 in 2012.

In the show, she portrayed “Detective Alice Kunene.” She has also appeared on a number of foreign television programs, including the HBO series Number One Ladies Detective Agency in 2008 as “Baone Magasane.”

Then, in 2013, she made a brief cameo appearance as “Patience” in Phillip Noyce’s 2013 drama Mary and Martha.

She also appeared in the 2014 episodes of Book of Negroes on CBC and BET International, where she played the part of Sanu, a pregnant slave.

She made her acting debut as “Dinky Magubane” in the 2014 film Fanie Fourie’s Lobola.

Later same year, she appeared as “Sibongile” in a supporting role on the first season of the television show Ayeye.

She was chosen for the role of “Madi” in the third season of the Starz Network series Black Sails in 2015.

She remained a member of the recurring cast for 16 episodes, playing Madi, Mr. Scott’s daughter, until the fourth season’s conclusion. She gained worldwide recognition thanks to the series.

The stage play Have You Seen Zandile?, which was directed by Khutjo Green, earned Dlomo the title of “Brett Goldin Best Newcomer” at the 2014/2015 Naledi Theatre Awards for her multiple characters.

She relocated to Africa in 2017 to appear in Isibaya, the most watched telenovela in South Africa. She portrayed Nonhlanzi, also known as LethuHlatshwayo, in the television series.

She then appeared in two stage productions, Jero, directed by Dominique Gumede, and Play, by Khutjo Green.

She made an appearance in the first South African western movie Five Fingers for Marseilles in late 2017. She portrayed the role as “Lerato.”

At the Toronto International Film Festival, the movie had its world premiere before being screened in American theaters in September 2018.

Dlomo featured in the John Irvin-directed movie Mandela’s Gun in 2018. In the movie, she portrayed Winnie, Nelson Mandela’s wife.

The movie’s international premiere took place in Harlem, New York. Later that year, she was cast as “Lwandle” in the Sunday night drama The Herd on Mzansi Magic.

She participated in the short film Hotel on the Koppies, which was written and directed by Charlie Vundla, in the year 2020. She then took on the role of “Sarah” in the SABC 1 miniseries Amazing Grace.

Zethu Dlomo is a popular South African actress and social media personality who has a net worth of $200,000.

Lebogang Mphahlele, a fellow actor and longtime companion of Zethu Dlomo were married in 2018. So far, the union has been successful. She and her spouse reside in South Africa.