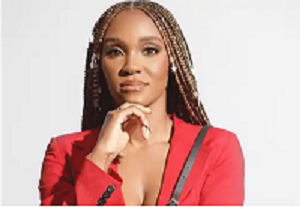 Eniola Mafe, born on April 16, 1985, is a Nigerian activist, entrepreneur and cofounder of SecureFarmer.com, a social enterprise that develops the next generation of farmers through precision data, technology, and mechanisation.

She was born and raised in the United Kingdom and the United States of America, where she began showing an interest in entrepreneurship.

Eniola Mafe was born in the United Kingdom to Nigerian parents from the Yoruba tribe. She grew up in the UK and US where she had her education.

She attended Spelman College from 2003 to 2007 where she graduated with a Bachelor of Arts degree in International Relations.

Eniola proceeded to Landegger International for her Master’s degree in School of Foreign Service and also bagged an honor certificate in Business and Diplomacy from Georgetown University.

In a bid to advance her education, she went on to get a Master in Advanced Global Leadership (Organizational Leadership).

Eniola Mafe is a well known activist, entrepreneur, strategist and international development leader who has been involved in the Women In Africa (WIA) initiative.

The UK born activist has facilitated dialogues and partnerships in order to foster a great relationship between African nations and helps build and accelerate Africa’s transformation agendas.

She is the Project Lead for Internet for All, which is responsible for Africa and the Middle East, at the World Economic Forum and has guided the adoption of the global Internet for All project across multiple countries.

Eniola was named ‘Okay Africa’s 100 Women In Africa’ in 2018 after she was listed as among the 99 most influential foreign policy leaders under the age of 33 in 2012.

She was part of the Niger Delta Partnership Initiative (NDPI) Foundation where she served as the manager of the $90 million in corporate social enterprise.

As an entrepreneur, she Is the Co-founder Of ‘Secure Farmer’, a start-up initiative aimed to provide access to land to smallholder farmers.

Secure Farmer, founded in 2018, is an initiative that creates co-farming communities that are able to cultivate more land efficiently and more productively.

Eniola Mafe is part of the New Nigeria Movement, an initiative that was launched in 2020 in the wake of the EndSARS protest in Nigeria and to help transform the country.

Eniola Mafe is a Nigerian activist and entrepreneur. She has an estimated net worth of $500,000. She makes money through her business.

Eniola Mafe was rumoured to be in a relationship with Nigerian superstar rapper MI Abaga. She made an Instagram post which sparked rumours about their relationship.

Her social media followers have been forced to believe that the love birds are getting married soon with speculations going round the internet that MI Abaga proposed to Eniola Mafe and she accepted.

Eniola Mafe is happily married to Nigerian rapper M.I Abaga. The couple tied the knot in a colorful wedding ceremony which took place on Thursday September 22, 2022.