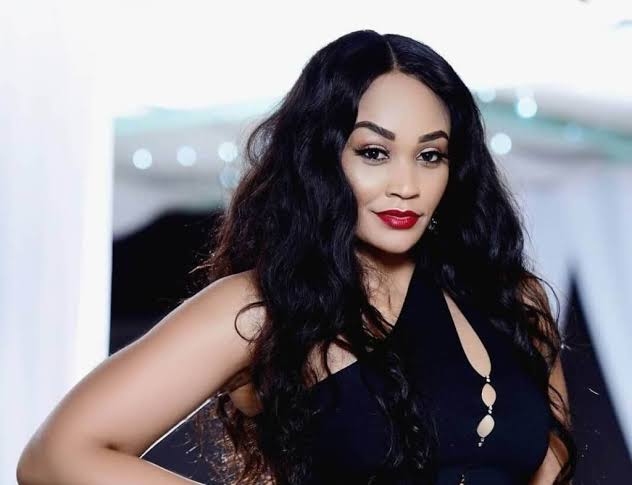 Zarinah Hassan, born September 23, 1980, better known as Zari Hassan, or Zari the Boss Lady, is a famous Ugandan socialite, musician and businesswoman. She currently resides in South Africa, where she runs businesses.

In Uganda, Zari Hassan was born on September 23, 1980. She is of mixed ancestry; her grandmother is from Uganda and her maternal grandfather is from India.

Nasur Hassan and Halima Hassan gave birth to Zari Hassan in Uganda. Unfortunately, while undergoing care at Uganda’s Nakasero Hospital in July 2017, her mother passed away from heart failure.

Her four other siblings, Zuleha Hassan, Asha Hassan, Zara Hassan, and Abdul Karim Hassan, were also raised with her.

Jinja Girls High School is where Zari Hassan finished her secondary schooling. She participated in the dance, theater, and music organizations at school.

She won the prize for best actress two years in a row thanks to her talent.

She relocated to Kampala after finishing high school, where she performed Karaoke in various bars and made a sizable sum of money.

In order to further her college studies, she took a hiatus from performing and relocated to the UK, where she graduated with a diploma in cosmetology.

Zari Hassan didn’t stay long in London because she eventually returned to Uganda to develop her business empire while pursuing her musical career.

She co-founded Brooklyn City College (BCC), a diverse, forward-thinking educational institution with a South African campus, with her late husband Ivan Ssemwanga, and serves as its CEO and heir.

Zari Hassan is a famous Ugandan socialite, musician and businesswoman who has an estimated net worth of $8 million.

After spending two years in the UK, Hassan went back to her native Uganda in 2000. She then relocated to South Africa, where she later met and wed Ivan Semwanga. They have three kids.

After Hassan accused Semwanga of physically abusing her, they got a divorce in 2013.

Semwanga suffered a severe stroke in May 2017 and was subsequently taken to Steve Biko Academic Hospital.

He passed away on May 25, 2017. After the funeral, Hassan went back to South Africa to run some of her late husband’s businesses as well as her own.

She is the mother of two kids born to Tanzanian musician Diamond Platnumz.