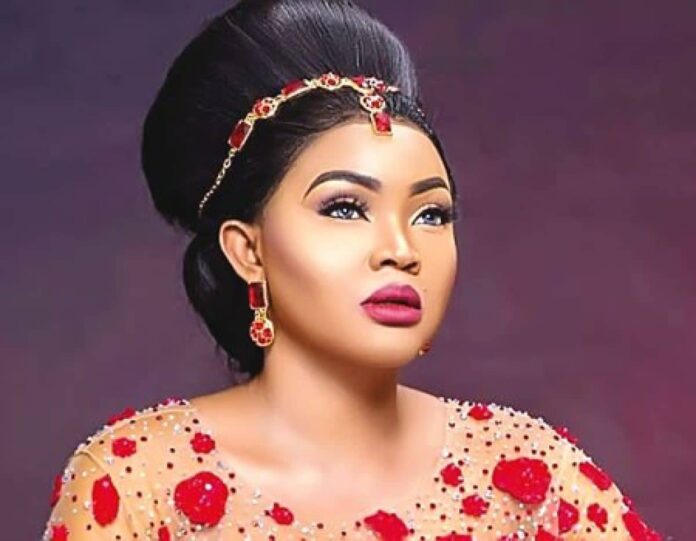 Mercy Aigbe, born January 1, 1978, is a Nigerian actress, movie director, fashionista, and businesswoman widely known for her Yoruba indigenous movies. She started acting by starring in some soap operas, including the popular TV drama series “Papa Ajasco,” and came into prominence in 2006 after playing a role in the movie “Ara,” a movie produced by Remi Olupo.

Mercy Aigbe was born in Edo State to Pa Aigbe and Mrs. Abisola Grace Owodunni, and hails from Benin City, the capital of Edo State. Mercy Aigbe is the second child in a family of five. She was raised with her siblings.

Aigbe is also an alumnus of The Polytechnic, Ibadan, Oyo State, where she received her OND in Financial Studies. In 2001, Mercy Aigbe graduated with a degree in Theatre Arts from the University of Lagos.

Mercy Aigbe’s career began in an unbelievable way when she began starring in some soap operas, including the popular T.V. drama series “Papa Ajasco.” She took her career professionally when she joined the Nollywood industry fully in 2006 and earned a role in the movie “Ara,” which brought her into the limelight.

“Ara” is a movie produced by Remi Olupo in Ibadan, Oyo State. The talented and beautiful actress founded “Mercy Aigbe Gentry School of Drama” in 2016.

Since she came into the spotlight, Mercy Aigbe has starred in several Nollywood movies and bagged lots of endorsement deals in her career.

In July 2016, Mercy signed an endorsement deal with Edalaf Brother Limited, an IT solution company.

The stunning model was made an ambassador for “Shape You,” a fitness company that produces Slimming Coffee, in October 2016, and in March 2017, she became the brand ambassador for BK Hair.

In September 2018, she signed another deal to become the brand ambassador for “Naija Taxi Services,” a company that deals with the transportation of people.

The net worth of Mercy Aigbe is an estimated $1 million. She is a creative actress, model, and entrepreneur who makes her money through acting and endorsement deals.

Mercy Aigbe was previously married to Lanre Gentry, a Nigerian hotelier. They got married in 2014 and have two children together, Juwon Gentry and Michelle Aigbe. She later ended the marriage after she shared photos of herself being allegedly assaulted by her husband.

She separated from her husband with claims of domestic violence, which she started a campaign against.

She later got married to her heartthrob, Kazim Adeoti, popularly known as Adekaz, a businessman with an interest in the entertainment industry and a big investor in an online streaming platform, IbakaTV.

There have been rumors that Mercy Aigbe and Broda Shaggi are dating, and the actress has come out to open up about her relationship with Broda Shaggi.

The Nollywood actress, entrepreneur, social media influencer, and brand ambassador, Mercy Aigbe, has revealed the love of her life. according to her she said that she can not hide it anymore.

She referred to Broda Shaggi as ”D’ Owner.” However, she was kind of joking as she is now married to the love of her life, Kazim Adeoti.