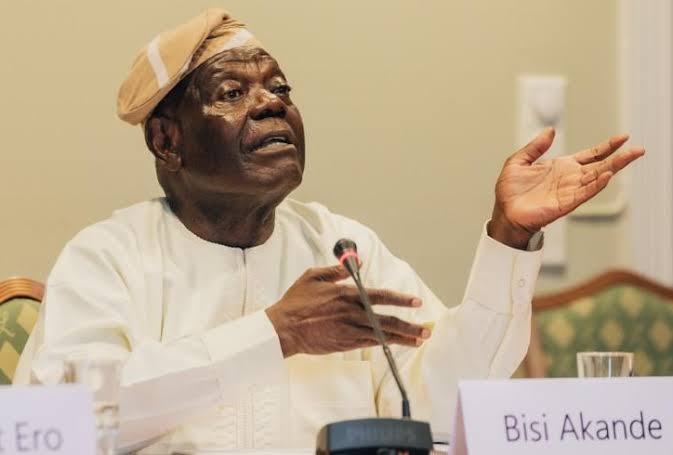 He had his primary school education at the Native Authority School, Oke Aloyin, lIa-Orangun, and at Methodist School, Ode-Idanre.

Akande got elected as governor of Osun State in 1999, running for the Alliance for Democracy (AD) party.

The Alliance for Democracy (AD) party was formed as a political arm of the Yoruba socio-cultural organization Afenifere.

After his tenure in office, Akande ran for re-election in 2003, but was beaten by Prince Olagunsoye Oyinlola of the People’s Democratic Party (PDP).

Bisi Akande is a Nigerian politician and former governor of Osun State. He has an estimated net worth of $10 million.

Omowunmi Akande and Bisi Akande were married in 1966. She passed away in the University College Hospital in Ibadan on Tuesday, July 12, 2017. She was aged 73.

Children of the pair include Dr. Temitope Ilori, the commissioner for health of Osun State, and Dr. Wuraola Solabi, who wed in Ibadan in June 2017.