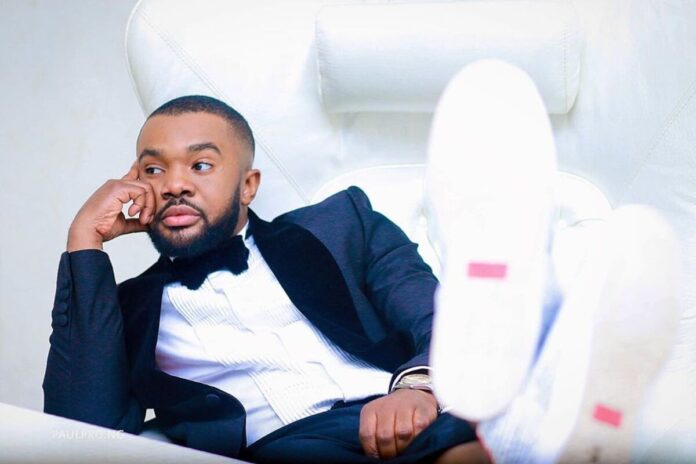 Williams Uchemba, born October 22, 1994, is a talented and popular Nigerian actor, comedian, entrepreneur, model, writer, movie producer, and philanthropist. He was born and raised in Abia State, the southeastern part of Nigeria, where he originally hails from.

Williams Uchemba is widely known for his role in the 2019 movie Sugar Rush and the 2018 movie Story Story: The African Ride Share.

Williams Uchemba hails from Imo State, the southeastern geopolitical zone of Nigeria, but was born and raised in Abia State.

He was born into the family of Chief Uche Mbah and grew up together with his siblings in Umueze Village, Obazu Mbieri in Mbaitolu Local Government in Imo State, Nigeria.

One of his siblings, Sandra Uchemba is an actress who has appeared in a couple of Nollywood movies.

He had his primary and secondary education, both in Abia State, where he obtained his First School Leaving Certificate and O’Level Certificate.

After his secondary education, Williams Uchemba attended the University of Nigeria, Nsukka (UNN) , Enugu State, where he studied international relations.

Williams Uchemba began his career professionally as a child actor in 2000, when he appeared in the movie The Journey Of The Dead,. where he acted alongside legendary Nollywood actors, Olu Jacobs and Pete Edochie.

The handsome Nollywood actor has appeared in several movies, including the 2003 movie Beyond Belief and playing a lead role in the 2006 movie The World of Riches.

Since he came into the spotlight, Williams Uchemba has appeared in more than 90 Nollywood movies.

He launched the Williams Uchemba’s Foundation in 2017, with the aim of making the world a better and happier place especially to the less privileged.

The foundation began with a program of taking 1,000 kids off the streets, putting them in school, and giving them a better life.

In June 2020, Williams Uchemba adopted an 18-year-old furniture maker with the plans of sponsoring his education to the university level until he graduates with a degree.

In the same year of 2020, he also built a house for a family that has been living in the slum with his partners in the US, also offering scholarships to the two children in the family.

Williams Uchemba is a top Nigerian actor and model. He has an estimated net worth of $2 million.

Below are some of Uchemba movies:

Williams Uchemba is happily married to Brunella Oscar in a glamorous wedding which made headlines in November 2020 and the couple have been enjoying a happy marriage without problems.

The actor is a social and philanthropic activist who has a good heart and has helped lots of people personally and through his Williams Uchemba Foundation.