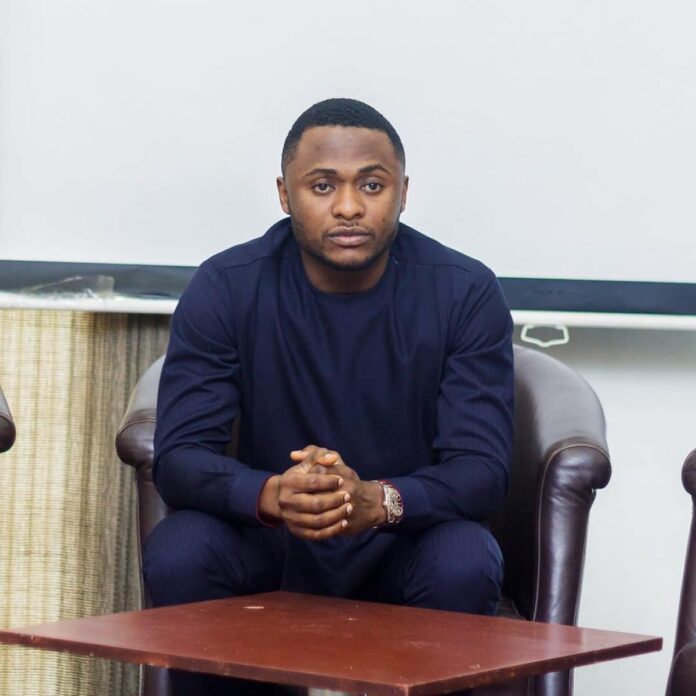 Ubi Franklin was born in Cross River State, in the South-South region of Nigeria, where he hails from and had his primary and secondary education.

Franklin worked as an assistant to Julius Agwu, Ayo Makun, and other artists. He also worked as a show promoter, then, in 2010, he became Iyanya’s manager, signed the artist to Made Men Music Group (MMMG) with other artists, including Tekno, Emma Nyra, and Selebobo. In 2016, Franklin was named Music Manager of the Year at the City People Music Awards.

Ubi Franklin was born in Cross River State, in the southern part of Nigeria. He is the 11th child in a family of 15 children. He had his primary and secondary education in Calabar.

He grew up alongside his siblings in Cross River State, applied for admission, and got it at Madonna University, where he graduated with a degree in law.

Ubi Franklin previously worked as an assistant to Nigerian stand-up comedian, actor, singer, and MC Julius Agwu before going on to work with popular comedian and actor AY Makun. He also worked as a show promoter before he became Iyanya’s manager in 2010 and signed him to Made Men Music Group (MMMG).

In 2014, he expanded the label by signing other artists, including Tekno, Emma Nyra, and Selebobo, making the label one of the best in the industry then.

In 2016, Ubi Franklin was named Music Manager of the Year at the City People Music Awards. In July 2017, he launched Instant Pickup, an online service that offers instant home pickup and delivery of laundry.

As a public speaker, Ubi Franklin was a speaker at the Youth Enterprise Conference organized by Nairabet’s founder, Otunba Akin Alabi. He also shared the stage with the chairman of First Bank, Ibukun Awosika, and veteran Nollywood actor Richard Mofe Damijo at the Hub Business Conference organized by Commonwealth of Zion Assembly.

In 2017, Ubi Franklin launched the “Ubi Franklin Startup Fund,” a platform to fund existing business ideas and plans. The NGO has supported several businesses in Nigeria with startup capital and funds.

The net worth of Ubi Franklin is an estimated $3 million. He is a record label executive, talent manager, entrepreneur, and philanthropist. He is the cofounder of Made Men Music Group (MMMG), a record label that previously housed artists such as Tekno, Iyanya, and Emma Nyra.

Ubi Franklin married Nigerian actress Lilian Esoro, a marriage that took place on November 1, 2015, and was blessed with a son, Jayden, who was born on July 17, 2016. Ubi Franklin now has four children, two daughters (Zaneta and Ariella) and two sons (Jayden and Shiloh) from different mothers.

He later separated from Lilian Esoro in 2016 and reportedly got married to Mary Scott, after they both shared their wedding photos on Instagram.

Franklin admitted that from July 2016 to March 2017, he struggled to overcome bouts of depression, which almost led him to commit suicide.

The label executive was attacked and almost killed by a man at a furniture store in Lagos, but by the quick intervention of his cousin, he was saved, and the attacker was eventually arrested.