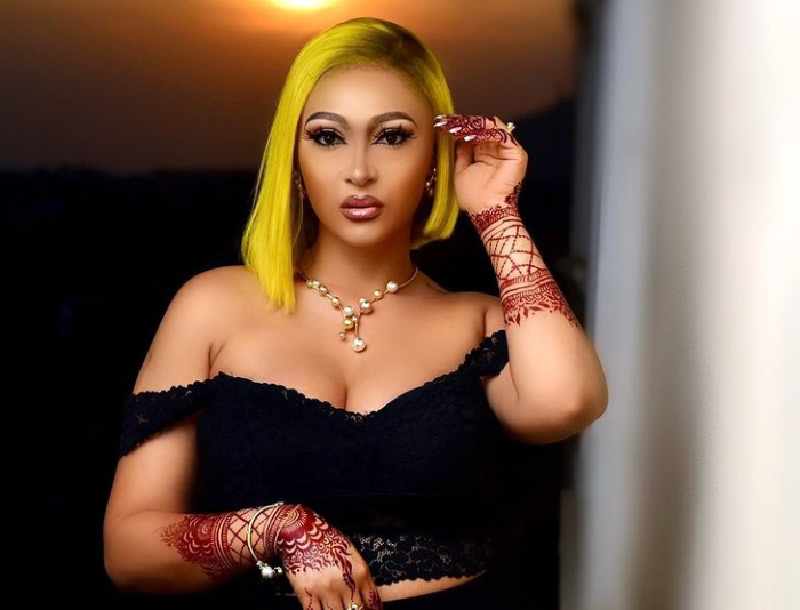 Rosy Meurer is a famous name in the tongues of Nigerians because of her several roles in Nollywood movies and also for her controversies.

Rosaline Ufuoma Meurer, born February 15, 1992, popularly known as Rosy Meurer is a Nigerian actress and producer. Rosy was born and raised in the Gambia where she began her education. She started modeling while in the Gambia before she moved back to Nigeria in 2009.

She studied photography and has a diploma in business management.

Rosy is well known for her role as Kaylah in the 2014 TV series Oasis and her role as Kemi Alesinloye in Ayo Makun’s 2018 film Merry Men: The Real Yoruba Demons.

Meurer had her early schooling in The Gambia, where she grew up. She holds a business management diploma and has studied photography.

While growing up in the Gambia, Rosy Meurer started showing her acting skills. She participated in stage dramas while in school.

Rosy Meurer started modeling while she was still in the Gambia before she decided to move to Nigeria in 2009.

She was discovered by Nigerian actor, Desmond Elliot which paved way for her first role in Emem Isong’s film Spellbound with Ini Edo, Desmond Elliot, Joseph Benjamin, and Uche Jombo.

In 2011, she starred in the film “In the Cupboard” and other films such as Karma, Table of Men, My Sister and I, Incredible Father, Open Marriage, Our Dirty Little Secret, and other interesting movies.

Rosy Meurer took her career to another level when she produced her first movie The Therapist’s Therapy.

Rosy Meurer is one of the successful Nollywood actresses with an estimated net worth of $200,000.

There have been controversies surrounding Rosy Meurer’s personal life, but she is not yet married.

Tonto Dikeh accused Meurer of having an affair with her estranged husband, Olakunle Churchill, but Meurer debunks the claims.

Meurer has a lovely son who is 2-years-old, but the identity of the child’s father is unknown.

Meurer repaired and commissioned the Udu Main Market Water Project in Udu, Delta State, on May 25, 2017.

She provided money to pregnant women at 3-H Clinic and Maternity in Warri, Delta State, as an ambassador for Big Church Foundation on Women and Children.

Meurer is a Multisheen Ebony ambassador.

She became an ambassador for the Big Church Foundation for Women and Children in 2015. She was featured on the cover of House of Maliq Magazine’s April 2017 issue.

The popular Nollywood actress is active on Instagram with thousands of followers.