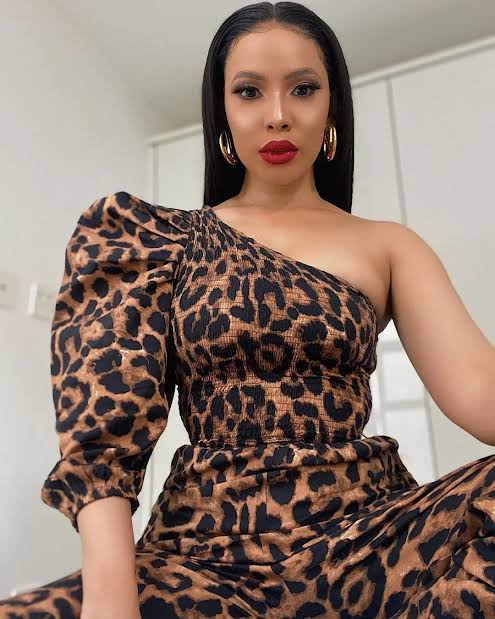 Thulisile Phongolo is a South African actress, television personality, DJ, and voice actor. Namhala Diale in Generations: The Legacy is her most well-known role. She was a main character in the show until her contract expired in 2018.

Her first acting role was on Season Three of Tshisha, where she played Zama. Thulisile worked briefly as a TV presenter on e.tv’s Craz-e, alongside Stephanie Sandows, Kriya Gangiah, and Zola Hashatsi.

Thulisile Phongolo was born in Soweto, South Africa on January 22, 1994. She has two siblings, a younger brother and a sister.

She went to Allen Glen High School in Johannesburg and then to the University of Johannesburg, where she studied strategic marketing communications.

Thulisile began her acting career in 2012, when she played Zama in the SABC 1 show Tshisha. She joined e.tv’s Craze-e, a youth piece program, the following year, in 2013.

She was hired for the new Generation in 2014. The initial sixteen-member cast had reached a stalemate due to a compensation dispute.

She was cast as Namhala, a 17-year-old secondary school student whose mother is an ex-convict, Lucy Diale, played by Manaka Ranaka.

Apart from acting, Thulisile developed passion for Disc Jockeying. She began working as a disc jockey in September 2017 and continued to do so until November 2019.

Thulisile has been reported to be dating Muvhango’s Raphael Griffiths who is a well-known South African actor who played Vusi Mokwevho on the SABC 2 soap opera Muvhango.

Thulisile Phongolo and Raphael were reportedly dating long before she was cast as Namhala in Generations. According to sources, the two split up only to reunite later and currently dating.

Thulisile Phongolo as an Actress and DJ has been doing well and as such amassed an estimated net worth of $300,000.

Her posts are mainly pictures and videos of herself showing off her stunning body and the fabulous outfits designed specifically to be cherished by enthusiasts.