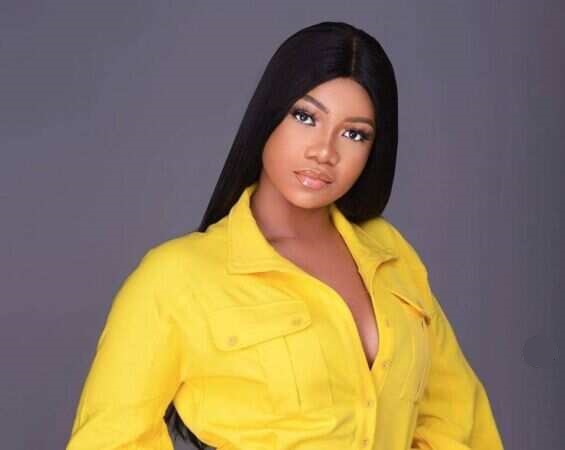 Anita Natacha Akide, also known as Tacha or Simply Tacha, was born on December 23rd, 1995, and hails from River State, Nigeria. The 2019 BBN housemate of the Pepper Dem Gang edition is a graduate of the Ignatius Ajuru University of Education. She parades as the Port Harcourt First Daughter as she identifies with her origin, culture, and traditions.

She confessed that entering the BBNaija house was the greatest height of her career as it showcased her to the world at large considering the millions of viewers that were glued to their TV screens day and night following the activities in Biggie’s Big Brother Mansion. Tacha was one of the most popular and controversial housemates of the 2019 edition of Big Brother Naija.

Although Tacha was disqualified from Season 4 of the BBN show just 10 days to the end of the show for fighting with the eventual winner, Mercy Eke who happened to be her biggest rival for the ultimate prize, she continued to pull a lot of internet traffic to herself for months. Tacha sees herself as someone who’s spontaneous, loud, interesting, lively, and fun.

However, Tacha received over N100 million cash from her fans after being disqualified from the Big Brother Naija house in 2019.

The Nigerian Instagram influencer, vlogger who has turned into a reality TV star and entertainer was born on December 23, 1995, to the family of Mr. and Mrs. Akide in her hometown of Port Harcourt.

The “No Leave, No Transfer’ reality TV star, Tacha, had her basic education in Rivers State, where she obtained both her First School Leaving Certificate and West African Senior School Certificate.

Later, she proceeded to the esteemed Ignatius Ajuru University of Education in Port Harcourt, River State, where she studied and obtained a Bachelor’s Degree in the English Language.

The Ignatius Ajuru University of Education English graduate started as a vlogger and Instagram influencer, which made her build a very huge fan base nicknamed “TachaTitans.” She is an entrepreneur who advertised and sold make-up and other related products to her audience. She runs an online make-up store on Instagram (@everythingtacha)

Tacha’s career as a celebrity started after she participated in Season 4 of the reality TV show, Big Brother Naija in 2019. Ever since, she has won many endorsement deals. Tacha signed her first endorsement with GetFitNg, a fitness brand that seeks to promote fitness and a healthy lifestyle through its quality and comfortable range of products.

Another of Tacha’s endorsement deals is the one with a luxury hair brand, Royal Hairs. This brand signed her as one of the ambassadors. She was announced as the face of the brand because she exudes confidence, just like the company does.

Tacha in 2020 gave an insight on her new reality television show, Keeping Up With Tacha.

“KUWTACHA was inspired by my fans and the people around me. They missed seeing me on screen and as a matter of fact, there has been a hunger and demand for more of me, hence the reason for the show”, she said.

Natacha is a very open minded person and so shares some information about herself during and after the show with her amazing fans. Tacha may be seen as a very controversial person as her attitude and behavior in the Big Brother Naija house was but this has made her a global figure though her disqualification from the show got her a black spot.

During her time in the BBN mansion, Tacha told Khafi that her boyfriend gets hotel rooms she records in and records her twerking videos. Considering the level of support she gets from him, she has no interest in looking elsewhere.

Tacha in 2020 admitted to having feelings for Tekno but in a totally different way.

“Oh my god! I love Tekno’s face and his music. He is such a talented young man, and that alone is an inspiration to me. “Shout out to him.”

When asked if she would like to get married to the singer, the controversial celebrity, who was already in a relationship with King Ladi, said;

“What do you think? You want to get us a hashtag already? I respect his talent and I’m sure he will be an amazing guy for whoever he marries in future.”