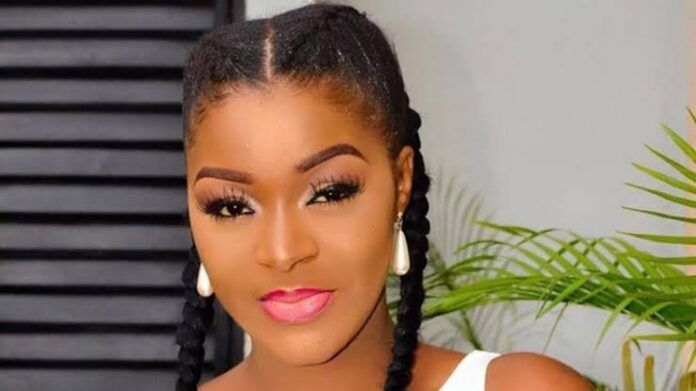 Charity Chinonso Eke, born July 17, 1987, popularly known as Chacha Eke Faani or Chacha Eke, is a Nigerian actress who hails from Ebonyi State. She came into the spotlight when she starred in the 2012 drama film, The End is Near. Chacha Eke graduated from Ebonyi State University.

After her elementary school education, she attended Our Lord Shepherd International School in Enugu for her secondary education.

She earned a B.Sc. in accounting from Ebonyi State University.

Chacha Eke began performing when she was a teenager. She worked at neighborhood events to raise money and strive to reach spotlight.

She won an audition for a talent search held in her hometown of Abakaliki, where she later received her first official role in a film.

She later participated in further talent competitions and was chosen to appear in her first film in 2009.

Chacha Eke earned popularity in the hearts of fans and the film business in 2012 after appearing in the hit TV drama The End Is Near.

Chacha Eke is a popular Nigerian actress and entrepreneur with an estimated net worth of $1 million.

Chacha Eke is the daughter of Professor John Eke, the Ebonyi State Commissioner for Education. In 2013, she married film director Austin Faani Ikechukwu; they have three kids together.

However, their marriage ended in June 2022, after Chacha Eke shared a post on her Instagram page stating that she doesn’t want to “die” or go inexplicably “missing” while living in her paradise.

LEAVE NOW ALIVE OR LEAVE AS A CORPSE

“Many have died pretending all is well whilst wishing, hoping and praying for a better tomorrow.

“I don’t want to “die” or go inexplicably “missing”.

“I sincerely and publicly apologize for living a lie these past years. True to random speculations, there has been trouble in my “perceived paradise”.

“For the 2nd time in 2years, I am here again on social media boldly declaring that I am done with my marriage. My long overdue/relentless stance on this is of course no news to Austin Faani, the doctors and my parents.

“If push comes to shove & suddenly i am incommunicado; my lawyers, the welfare department and the Nigerian police force have my testimonials in recorded video clips/statements set for public release on all social media apps and national newspapers.”