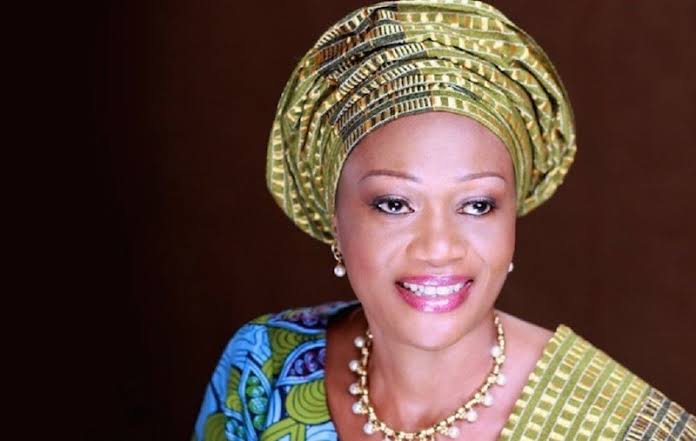 Oluremi Tinubu, born September 21, 1960, better known as Remi Tinubu, is a staunch Nigerian politician and the former first lady of Lagos State who served from 1999 to 2007. She now serves as a senator in the Nigerian National Assembly for the Lagos Central Senatorial District. Remi Tinubu belongs to the political party known as the All Progressives Congress (APC).

Oluremi Tinubu, who is from Ogun State and she is the youngest in a family’s 12 children. She was born and raised in Ogun State.

Oluremi Tinubu began her academic career at Our Lady of Apostles Secondary School in Ijebu-Ode. She earned a PGD from The Redeemed Christian Bible College in 2010 and a West African Senior Secondary School Certificate Exam (WASSCE) in 1979.

She graduated with a B.S. in education from the University of Ife and an Adeyemi College of Education National Certificate of Education in Botany and Zoology.

She founded the New Era Foundation while first lady, which is committed to creating centers for “all-around development of young ones and promote public awareness on environmental health and community service.”

When her husband, Bola Tinubu, was elected governor of Lagos State, she was made the first lady of the state.

The Legislative House Election Petition Tribunal, which later met and affirmed the election in 2012, received a challenge after Tinubu’s election.

She was re-elected as a senator for Lagos Central in the 2019 general elections, beginning her third term in office.

As a result of an alleged attack threat made by colleague and fellow party member Dino Melaye during a senate closed-door meeting, Senator Tinubu asked the Inspector General of Police for adequate security in 2016.

She was included on the nomination list for the 2019 Eko Excellence Awards together with Tony Elumelu, Babajide Sanwo-Olu, and other well-known individuals.

She advocated for the establishment of state police in 2020 as a means of combating the nation’s increasing levels of insecurity.

Senator Tinubu put out a bill in March 2021 to change the Nigerian Postal Service (NIPOST) in order to make it a more profitable organization.

At the International Women’s Day Summit 2021, which was organized by The Guardian, she was also given the prize for the most influential female senator.

She has received numerous honors and awards, including the Gambian Diamond Award for Immense Contribution to the Emancipation of People from Poverty and the National Award of the Officer of the Order of the Niger [OON]. She is also a member of the board of trustees at Kings’ University in Ode-Omu (2005).

Oluremi Tinubu is a Nigerian politician, pastor and wife of Bola Tinubu. He has an estimated net worth of $10 million.

Oluremi Tinubu is the wife of Bola Tinubu, a former senator and governor of Lagos State. She is a Christian and a Redeemed Christian Church of God (RCCG) ordained pastor

In 2018, the church hosted its 66th annual convention with the subject “Dominion” at the Old Arena of RCCG, Lagos/Ibadan Expressway, where she was ordained.

She serves as Grand Matron of the COWLSO, which is comprised of the wives of Lagos State officials.