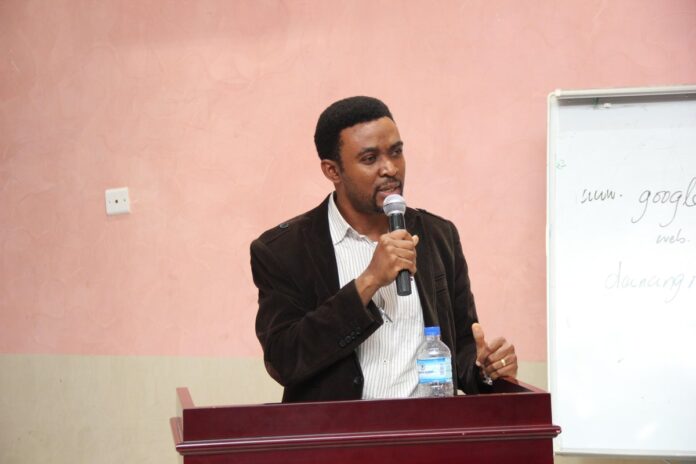 Olaoye Olugbenga, is a Nigerian politician and the aide to the Vice President of Nigeria, Yemi Osinbajo. He is the former CEO of Olivia Energy & Power Company Ltd and Chairman-Mount Olives Confectionery & Foods Ltd.

He came into prominence following his comments about former Lagos State governor, Bola Tinubu which Yemi Osinbajo rebuked him and relieved him of his duty.

Olaoye Olugbenga was born and raised in Lagos State, the south-west region of Nigeria, where he hails from and had both his primary and secondary education.

He grew up with his siblings and parents, although not much information is revealed about his early life and education. However, he completed his primary and secondary education, then proceeded to a higher institution.

Olaoye was the CEO of Olivia Energy & Power Company Ltd. and Chairman of Mount Olives Confectionery & Foods Ltd. He, however, left his role to join politics, and worked as an aide to the Vice President of Nigeria.

He is working as an aide to Vice President Yemi Osinbajo, who distanced himself from Olugbenga over his current remarks throughout an interview in which he spoke about Bola Tibubu.

While speaking on the presidential ambitions of the All Progressives Congress (APC) chieftain, Bola Tinubu, Olugbenga told Arise TV that Nigerians don’t want another sick president who will also be embarking on international medical journeys.

He further stressed that Nigeria wants a successful individual like Vice President Yemi Osibanjo, who declared on Monday to run for the 2023 presidential election.

Meanwhile, Osinbajo has reacted to the remark through his spokesman, Laolu Akande, stating that Olugbenga doesn’t represent the Yemi Osibanjo and should be ignored. He wrote on Twitter;

Olaoye Olugbenga is a Nigerian politician and aide to the Vice President of Nigeria, Prof. Yemi Osinbajo. His net worth has not been estimated yet.

Not much information is known about the personal life of Olaoye Olugbenga’s personal life. However, the politician is married although the name of his wife has not been revealed.