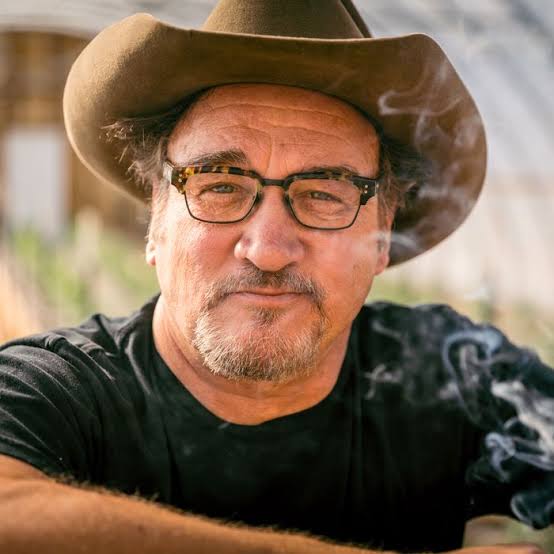 James Adam Belushi, born June 15, 1954, is a popular American actor and internet personality. His most famous character is Jim from the sitcom “According to Jim.” Jim Belushi’s other television appearances include those on Twin Peaks, Total Security, and Saturday Night Live (1983–1985).

Sure, you know Jim’s real name is James, but did you know about Belushi’s pot farm? The American-born actor had a reality check one day and decided that he needed to cultivate something along the lines of Haze marijuana seeds.

There’s a lot more to the comedian everyone loves watching in some good old-time favorite movies and TV shows. His happy and spontaneous personality is evident on the screen.

Let’s uncover why a famous actor decides to move away from the cameras and spend more time growing plants.

James Adam Belushi is a 68-year-old American actor, comedian, musician, and plant cultivator. He was born on June 15, 1954, in Chicago, Illinois, to Adam and Agnes Belushi.

He grew up in Wheaton, Illinois, where he completed his high school career.

Jim graduated from Wheaton Central High School in 1972. He then furthered his education at the College of DuPage. Belushi graduated from South Illinois University with a Speech & Theater Arts degree.

He’s always had a kind, humorous personality, making him the ideal person for the comedy roles he always portrayed. What truly inspired his career in 1983 was following in his late brother John Belushi’s footsteps.

James Belushi became a household name for his comedy shows on Saturday Night Live (SNL). After a few years, he reached for the stars and went onto the big screen, where he starred alongside actors like Eddie Murphy.

In 2006, he released his book Real Men Don’t Apologize. A fun, quirky read of good advice about love, intimacy, and marriage. He also writes about his brother’s passing.

Jim Belushi is one of four siblings. His late brother John Adam Belushi (passed away on 5 March 1982), Billy Belushi, his other brother, and Marian Belushi, his sister.

His father, Adam Belushi (restaurant owner), was an immigrant from Albania and his mother, Agnes Belushi, was of Albanian descent.

He’s tied the knot three times throughout his life and shares a son, Robert, with his former wife, Sandra Davenport.

Since 1988 he’s been married to Jennifer Sloan, with whom he shares two children, Jamison (daughter) and Jared (son).

Jim Belushi’s business adventures led him to pack up in California and move to Oregon, where he now resides with his family and fur baby, Taro.

James Belushi has years of acting experience under his belt. Since his early childhood days, he’s been performing in school plays.

A high school teacher encouraged him to participate in an act, after which he joined the drama club. It was the beginning of his successful acting career.

He’s starred in over 150 movies and TV shows before gracefully bowing out to fulfill other passions.

A few of the big-screen movies he starred in include:

Jim Belushi no longer hosts Saturday Night Live (SNL) but gave motivational advice to Kim Kardashian before she took over the show.

At least he doesn’t compare himself to her as the media currently does with Kanye West’s new girlfriend.

Jim Belushi has a net worth of approximately $50 million thanks to his acting, performing, and singing careers.

For his role in According to Jim, he received $500,000 per episode. The series had 182 episodes throughout eight seasons.

He switched things up from being in the spotlight at red-carpet events for his various acting roles to a plant-growing journey. The movie star traded in the big screen for gardening gloves.

Jim Belushi’s weed farm journey began the day he visited an old friend in the riverside region of Oregon. He remembers the moment as if it were yesterday as he dived into the Rogue River.

He described it as a spiritual calling, which was the beginning of a magnificent journey.

He immediately pursued his desire to establish permanent residence in the area and started viewing properties.

After a few years, Belushi purchased 13 acres of land and another 80 from neighboring friends who passed on.

He also hosts annual 420 events, weddings, and memorial services for the local communities.