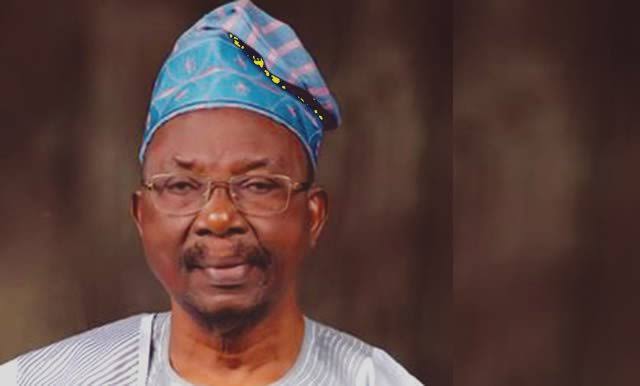 The news of Senator Olabiyi Durojaiye’s death surfaced on Wednesday, August 25, 2021, with lots of people sending condolences to the family of the bereaved.

While the nation is currently mourning the death of the former distinguished senator, we have compiled some facts you need to know.

He was elected into the Nigerian Senate on May 29, 1999, under the umbrella of the Alliance for Democracy (AD).

He was a popular chieftain of the Yoruba people, with the tribal title of Otunba.

Olabiyi Durojaiye was born and raised in Ogun State, where he completed his primary and secondary education.

He graduated from the National Institute for Policy and Strategic Studies, Kuru, and obtained a Bachelor’s degree in Economics at a London university.

He also earned an LLB from London and was called to the Nigerian Bar in 1979.

Durojaiye worked as a Barrister and Solicitor at the Supreme Court of Nigeria and also worked for 35 years in the Nigerian public sector.

He was the Director of the Central Bank of Nigeria, where he served for 28 years, including the National Ministry.

Durojaiye also worked with the International Monetary Fund, the Federal Reserve System in the United States.

Durojaiye was elected as the senator of the Federal Republic of Nigeria, which he was in office from 1999-2003.

He was appointed to the committees on Judiciary, Establishment (Chairman) and Special Projects.

Senator Olabiyi Durojaiye was a top Nigerian politician and lawyer, although his net worth wasn’t estimated.

Durojaiye was married to Florence Olunfunso Adejoke, who died on June 6, 2009 at the age of 72.

Olabiyi Durojaiye’s wife died two months after she and her husband had celebrated their 50th wedding anniversary.