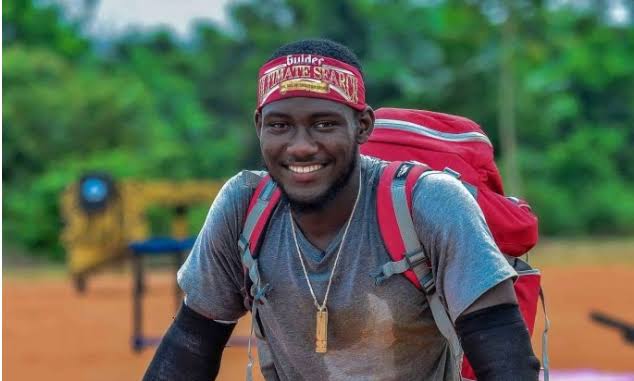 Odudu Ime Otu, born 1999, better known as Odudu Otu, is a Nigerian reality TV star and winner of Gulder’s Ultimate Search 2021. He is a student and an athlete who enjoys playing basketball and sees LeBron James as his role model. Odudu Otu hails from Akwa Ibom State, where he grew up alongside his siblings.

Odudu Otu was born in a village in Akwa Ibom State, the South South part of Nigeria where he originally hails from.

He had his early education in Akwa Ibom state and studied Business in the higher institution.

Odudu decided to participate in the Gulder Ultimate Search in order to help his mom take care of the family.

Odudu wanted to be a model and owns his Not-For-Profit Organisation. He had a childhood dream of playing basketball at a professional level.

The Gulder Ultimate Search winner plans to be a business consultant.

He came into spotlight after he emerged the winner of the Gulder Ultimate Search 2021 edition beating other contestants to win the N50 million worth of prizes including an SUV as well as a return ticket to Dubai.

Odudu Otu is a Nigerian reality TV star and winner of Gulder’s Ultimate Search 2021. He has an estimated net worth of $300,000.

Odudu Otu is not yet married and is not in a relationship. The sport enthusiast is focusing on his career after hitting the spotlight.