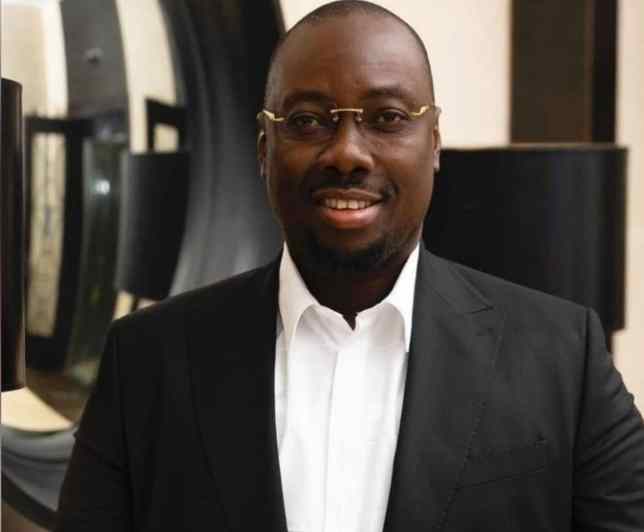 Obi Iyiegbu, born on April 12, 1975, popularly known as Obi Cubana, is a popular Nigerian entrepreneur, entertainer, businessman, and the chairman of the Cubana Group. He hails from Oba, Idemili-South in Anambra State, where he was born and raised alongside his brother, Ikenna Iyiegbu. Obi Cubana is one of the richest businessmen in Nigeria and is widely known for his brand Cubana Group.

Obi Iyiegbu was born in Oba, Idemili-South, Anambra State, in the Southeastern part of Nigeria.

He grew up with his parents and siblings one of them which is Ikenna Iyiegbu, his brother who is available on social media.

Obi Cubana began his early education at Central Primary School in Anambra State before he proceeded to Dennis Memorial Grammar School, Onitsha for his secondary education.

After his secondary school, he got admitted into the prestigious University Of Nigeria, Nsukka, where he graduated with a degree in Political Science in 1998.

Obi Cubana started his career in 2006 when he launched Ibiza Club after his NYSC. The business witnessed massive success, which prompted him to establish Cubana Group in 2009.

Cubana started in Owerri as a hospitality club for entertainment and relaxation before it was expanded to hotels with branches in Abuja and Lagos.

Obi Cubana is the chairman of Cubana Group, one of the best Nigerian hospitality and entertainment companies.

He has worked closely with Paschal Okechukwu popularly known as Cubana Chiefpriest, who is the General Manager of Cubana Conglomerate, Owerri.

Obi Cubana is a Nigerian billionaire and business mogul whose philanthropic lifestyle can’t go unnoticed. Obi Cubana’s net worth is an estimated $500 million as of 2021.

Obi Cubana has expensive and luxury cars in his garage, and it’s obvious someone of his status will only parade in the best cars.

Some of his cars include:

Obi Cubana is married to Ebele Iyiegbu, and they have four handsome sons together. They got married in 2008.

Ebele Iyiegbu is a lawyer and the CEO of the Kiek Foundation. Obi Iyiegbu revealed he met his wife while he was still living in a one-room apartment.

Obi Cubana is well known for his philanthropist lifestyle having empowered several young men and women in his hometown, Oba, Idemili-South in Anambra.

The entrepreneur has achieved greatness and is known to have helped lots of people around him to become millionaires and billionaires.

Obi Cubana and Cubana Chief Priest have been working together for years with the later managing the Cubana Conglomerate in Owerri, Imo State.