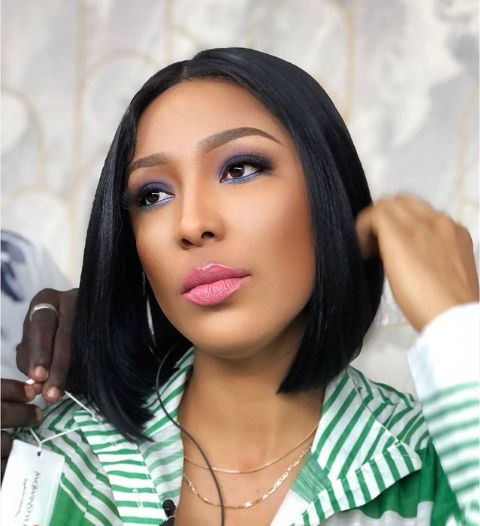 Nikki Samonas was born on September 5, 1985, to a Ghanian mother and a Greek father in Tema which is in Accra Ghana.

She attended the DEKS international high school in Tema, then went further to have her senior high education at the Holy Child High School where she studied visual art.

She attended the Kwame Nkrumah University, of science and technology were she obtained her bachelor Degree in Art and Communication.

Nikki Samonas came to limelight in 2005, after she was featured in the TV series, ” Ladies and Gentlemen.” The Producer was the creator of The Things for We Do Love.

She was also featured in Beyonce, The Presidents’ Daughter, where she played the lead role for the first time.

She worked as a TV presenter on the Africa Review Show, produced by Farm Work Production.

She became a commercial model, which led to her first big gig being with the iconic Fashion Jewelers.

It is rumored that actress Nikki Samonas is interested in a relationship with Shatta Wale.

Nikoletta Samonas is one of the most well-known and influential actresses in Ghana, with an estimated net worth of $400,000.