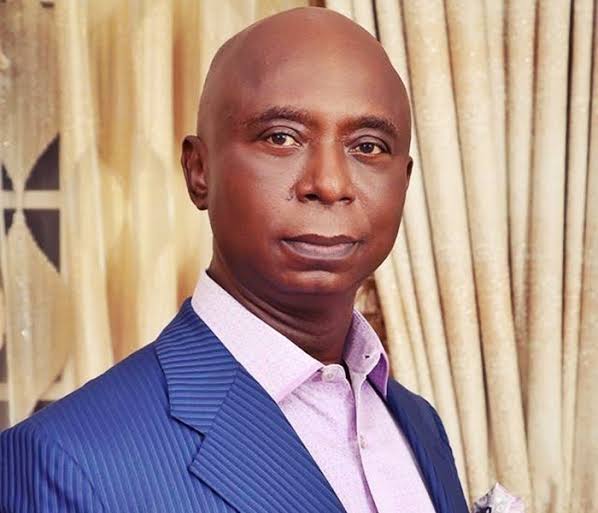 Prince Chinedu Munir Nwoko, born December 21, 1960, better known as Ned Nwoko, is a Nigerian lawyer, politician, and philanthropist. He was a member representing Aniocha North-South and Oshimili North-South in the House of Representatives between 1999 and 2003.

Ned Nwoko began his studies in Nigeria before moving to the UK to complete his bachelor’s degree in Law and History at the esteemed University of Keele, which is situated in Staffordshire.

Ned Nwoko moved to Kings College in London after graduating and earning his first degree there.

There, he earned an LLM in Maritime and Commercial Law. Later, he was summoned to Lincoln’s Inn’s English bar.

He was honored with an honorary Doctor of Laws degree from the Commonwealth University College in Belize, United Kingdom.

Ned Nwoko started his legal career as a prosecutor for the crown and was qualified as a Solicitor of the supreme court of England and Wales.

Nwoko served as the secretary general of the Nigerian Legal Practitioners UK and a visiting adviser for the London-based Citizens’ Advice Bureau.

After the military disengagement from power in December 1998, ending the country’s protracted period of military dictatorship, Nwoko went back to Nigeria to help establish a workable democratic institution.

When Nwoko was elected a member of the House of Representatives between 1999 and 2003, he made a notable entry into Nigeria’s political arena.

He was the federal representative for the Anioca/Oshimili seat, and he made a strong showing in the legislative chamber.

Ned Nwoko was the author of the reports that prompted the Nigerian government to stop monthly deductions from state allocations and start refunding the States.

He investigated the multinational creditors through his law firm, Ned Nwoko Solicitors, and his company. He found inconsistencies in loan repayments, and as a result, the first loan tranches were refunded during the Obasanjo administration.

In accordance with the 2013 court ruling, the Federal Government of Nigeria has returned all the funds.

Nwoko is a participant in the stock market and has also participated on the Vision 2010 Committee. He presided over Vision 2010’s External Committee as its chairman.

Ned Nwoko is the chairman of Project Tourism Nigeria.

Ned Nwoko is a famous Nigerian businessman, lawyer and politician with an estimated net worth of $1.2 billion.

In 2019, Ned Nwoko married Regina Daniels, a Nigerian Nollywood actress. The couple made the announcement that they were having a boy on May 31, 2020.