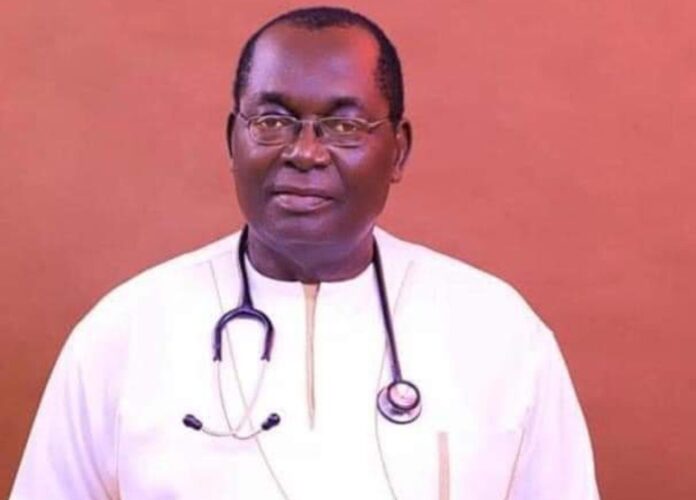 Dr. Chike Akunyili, the husband of the former Director General of NAFDAC Dora Akunyili was reported dead after unknown gunmen shot him.

It is sad to hear the news of the sudden death of Dora Akunyili husband which is a great loss in the country.

Dora Akunyili was the director-general of National Agency for Food and Drug Administration and Control (NAFDAC) of Nigeria from 2001 to 2008.

She was born in Makurdi, Benue State, Nigeria where she hails from.

Dora Akunyili was appointed as NAFDAC Director General in 2001 and served till 2009.

She married JC Akunyili and they had six children and three grandchildren.

Dr. Chike Akunyili, husband of the late Dora Akunyili was killed by gunmen at Nkpor, in the Idemili North Local Government Area of Anambra State.

He was killed alongside seven other persons according to yet-to-be-confirmed reports.

According to reports, Dr. Akunyili was returning from a trip to Onitsha, where he had gone to obtain a posthumous award of excellence for his late wife, when he encountered the hoodlums at Nkpor and was shot and killed.

Ikenga Tochukwu, The state Police Public Relations Officer, could not confirm the report, noting that he had yet to get details of the incident.