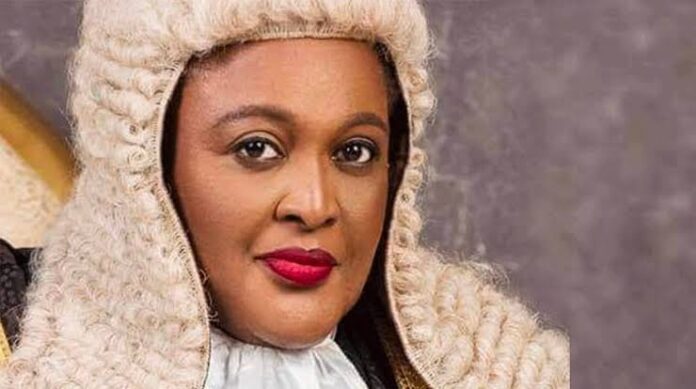 Mary Ukaego Odili (née Nzenwa; CFR), born May 12, 1952, better known as Justice Mary Peter Odili, is a Nigerian judge and the wife of Peter Odili, the former Governor of Rivers State from 1999 to 2007. She is the wife of the former Governor of Rivers State, Peter Odili. Justice Mary Peter hails from Imo State, in the South Eastern part of Nigeria, where she was born and raised.

Justice Mary Peter began her career in November 1978 in the judiciary as a Magistrate Grade III.

She is the second daughter born into the family of Eze Bernard Nzenwa and Ugoeze Benadette Nzenwa.

Mary Peter Odili’s father worked as a lawyer in the United Kingdom and was the secretary of Nigeria Airways.

She furthered her education at Our Lady of Apostles Secondary School, Yaba, Lagos State.

Justice Mary Peter was appointed an Associate Justice of the Supreme Court of Nigeria (JSC) by President Goodluck Jonathan on June 23, 2011.

She began her career in the judiciary as a Magistrate Grade III in November 1978, and since then she has served in several positions.

In 1999, after her husband’s election as governor, she became the First Lady of Rivers State, where she served until May 29, 2007.

Mary Peter Odili is a Nigerian lawyer and judge. She has an estimated net worth of $1 million.

She married Odili in 1979 and gave birth to a daughter, Adaeze. Ukaego and her family moved to Port Harcourt city where her husband founded his medical centre Pamo Clinics.

She is the mother of Justice Njideka Iheme who was appointed a Judge of the Federal High Court.