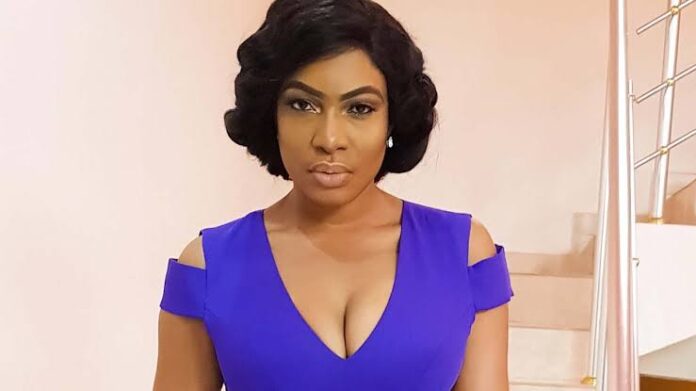 Chika Ike was born in Onitsha, Anambra state of Nigeria. She was six years old when she first appeared in church drama.

She began her career as a model at age 16 just after finishing secondary school.

In 2004, Chika Ike completed a two-year diploma programme in Human Kinetics and Health Education before earning her degree in the same course, both from University of Lagos.

In 2014, she graduated from the New York Film Academy in Los Angeles where she studied Film Making.

Chika Ike made her acting debut in the 2005 film Sweet Love, where she played a supporting role. In the same year, she landed her first significant role in the film Bless the Child.

Since then, she has gone on to star in more than a hundred films with significant parts, including Paradise, Mirror of Beauty, To Love a Stranger, Girls Got Reloaded, Happy Ending, Yes We Will, Anointed Queen, and The Prince and the Princess.

Mirror of Beauty premiered in U.K. Cineworld and Odeon theaters in 2007 and was chosen for and screened at the Cannes Film Festival in 2008.

In 2014, she founder her production company, Chika Ike Production and produced her first movie, Miss Teacher and the reality TV game show African Diva, which she is the host, executive producer, and member of the judging panel.

While the second season aired on AIT, the first season was broadcast on DStv. She worked with Rok Studios in 2015 to create films including Stuck on You and Happy Ending.

Chika Ike is a famous Nigerian actress and filmmaker. She has an estimated net worth of $2 million.

Chika Ike was married to Tony Eberiri, a Nigerian businessman. They got married in 2006 and the marriage in 2013 over claims of alleged domestic violence.

Chika Ike started the charity organization, Help the Child with the intention of aiding underprivileged kids.

She entertained almost 3000 kids at a street party in 2012, feeding them and providing them with toys, school supplies, and writing paper.

She offers scholarships, school supplies, and organizes a sizable charity event each year for the kids living on the streets.