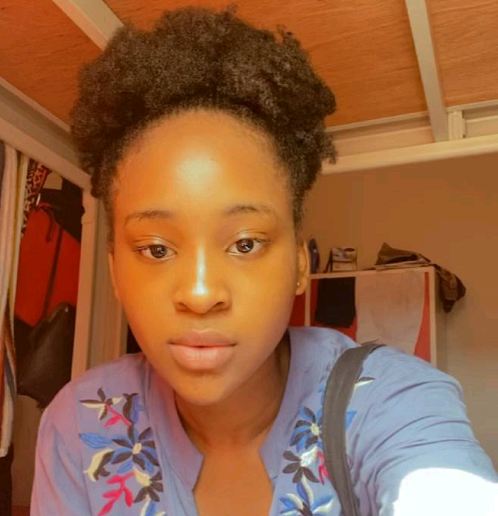 Amarachi Uyanne born in Delta state on July 17, 2004 but grew up in Edo state is a Nigerian teenage singer, dancer, songwriter and violinist who came into limelight in the entertainment scene after winning the first edition of Nigeria’s Got Talent in 2012.

She is popularly known by her stage name Amarachi. This young talented Delta state artist established herself in the music industry when she released her first single titled “Amarachi Dance”. She is the first child out of three children of her parents, Mr. and Mrs. Uyanne.

Amarachi grew up in Benin City, Edo State, where she stays with her parents and siblings. The singer-turned-teenager attended South Point Primary School in Edo State.

She had her secondary school education at University Preparatory Secondary School, Benin, where she obtained her SSCE in 2019. She’s currently studying at the Benson Idahosa University, Benin, Edo State.

At the age of 5, Amarachi began her dancing career. At age 8 in 2012, she took her dancing prowess to another level by participating in and eventually winning the maiden edition of the Nigeria Got Talent Hunt Show and Dancing Competition hosted by a multinational telecommunication network, Airtel Nigeria.

As the winner of the competition, she won ten million naira and became the youngest millionaire in Nigeria at the age of 8 years old.

In 2013, she released her first debut single, “Amarachi Dance,” which was accepted by a global audience. The song went viral as every kid in many homes turned it into a daily anthem.

The success of the song made her a public figure in Nigeria. The song got nominated for the Best Video by a Minor at the 9th Nigeria Music Video Awards held in 2014. Since then, Amarachi has been performing at several kiddies shows organized by brands.

Amarachi has taken her career into another level as she has set-up a talent academy called Amarachi Talent Academy which specializes in dancing, singing and playing different instruments like violin, keyboard, and guitar.

Ever since Amarachi became popular, she has been doing well in the music industry as a young entertainer. She has released the following songs.

As of 2021, Amarachi Uyanne’s net worth was estimated to be about  $200,000. She has an endorsement deal with Neo Entertainment and Fun World Limited

Amarachi is a very beautiful and skillful dancer who is regarded as Africa’s best. Amarachi Uyanne is also referred to as an African child due to the way she displays and showcases the beauty of Africa in her dancing routine.

The young singer is also into charitable activities as she has committed to helping the less privileged in society, just as she said she’d be doing when she won the talent show. She regularly visits motherless babies’ homes to support them in her own way.

There are so many concerns about who this talented dancer/singer could be dating. Amarachi is not in a relationship as she is still a teenager. She is currently focused on her education.