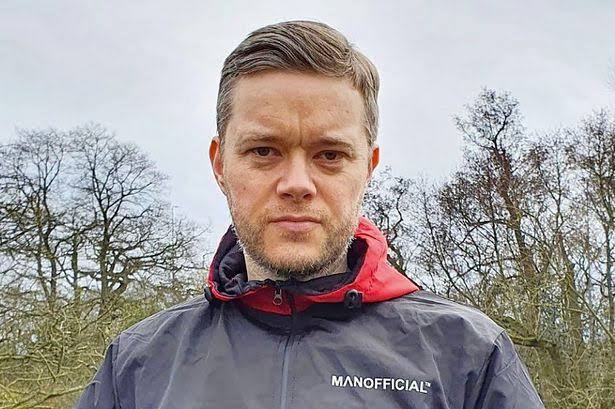 Brent Di Cesare, born on April 7, 1979, better known as Mark Goldbridge, is an English radio presenter, YouTuber, and internet personality. He is widely known for his videos on the Manchester United fan channel, The United Stand. Goldbridge launched The United Stand in 2014 under the name “Soccer Box TV”, offering videos on Premier League match predictions.

Mark Goldbridge was born on 7 April 1979 in Nottingham and lives in Solihull. He grew up with his parents then began his educational pursuit.

He was a former police officer before he began his career as a YouTuber and has since gained prominence through his career.

Later, he changed his focus to discuss reactions to Manchester United games.

Later, Goldbridge started live streaming “watchalongs” of the matches. These have been compared to “an amateur internet version of Sky Sports’ Soccer Saturday” by BBC Sport.

Mark Goldbridge made his Talksport debut in April 2022 by hosting a late-night program.

Mark Goldbridge is an English radio presenter, YouTuber, and internet personality who has an estimated net worth of $1.5 million.

Mark Goldbridge is married, although the name of the wife has remained unknown. He has been spotted together with his wife on different occasions.