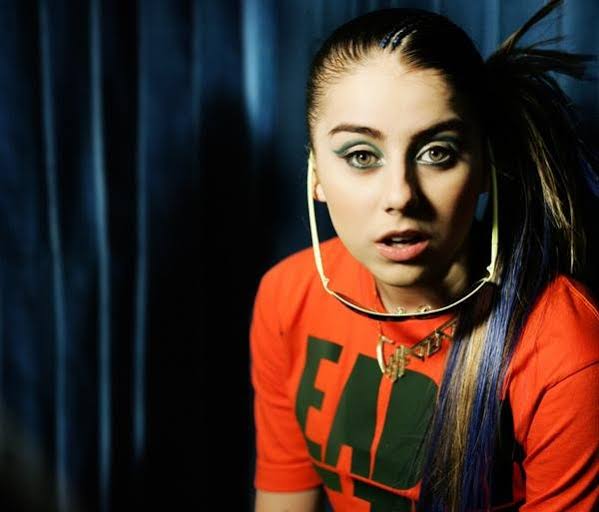 Louise Amanda Harman, born December 19, 1985, known professionally as Lady Sovereign, is a British rapper best known for the songs “9 to 5” and “Love Me or Hate Me.” In addition to her own records, Lady Sovereign contributed to or appeared as a guest on a number of other projects in 2005.

Lady Sovereign was raised in London’s Chalkhill Estate in Wembley Park. 2010 saw her say “I was motivated when I first heard Ms. Dynamite’s song “Boooo!” in 2001.

Before that, I had never heard a female MC. She’s true. She opened so many doors for us girls because MCs are real, they write their own material, and they rap about what they know and the world around them.

Her presence, her image, and the way she does everything all contributed to this.”

When she was 15 years old, Lady Sovereign started posting some of her songs and a photo to several music websites.

She revealed to Newsweek in 2006 that the initial remarks were along these lines: “You are white. You are a female. You are a Brit. You’re awful.”

“The Battle” was the start of a run of singles that would catapult Lady Sovereign to fame. Free Internet-only freestyles like “Tango” and “Cheeky” were becoming just as well-liked as commercial freestyles like “A Little Bit of Shhh!”, “9 to 5”, and “Sad Arse Stripah.”

The majority of her singles to date were compiled on the Vertically Challenged EP, which Chocolate Industries released on November 15, 2005. She released her second EP, Blah Blah, in the UK in April 2006.

Size Don’t Matter, her latest EP, was only available on US radios.

In addition to her own records, Lady Sovereign contributed to or appeared as a guest on a number of other projects in 2005.

As a solo artist and with The Streets, she made an appearance on the grime collection Run the Road at the beginning of 2005.

When The Ordinary Boys released the track “Boys Will Be Boys,” Lady Sovereign responded with a remix that included the original song’s chorus and music but featured largely Lady Sovereign’s own vocals to the tune of “girls will be ladies.”

Soccer AM has featured Lady Sovereign on multiple occasions. She has appeared in both an educational film called X-ED and a feature-length episode of Cartoon Network.

“Love Me Or Hate Me” was played in a Verizon Wireless commercial toward the end of 2006. It serves as both the show’s theme song and is featured on the soundtrack for the video game Need for Speed: Carbon.

Lady Sovereign is a British rapper and internet personality who has a net worth of around $1.4 million.

Lady Sovereign claimed in a 2010 interview with Diva magazine that she came out as a lesbian while competing in Celebrity Big Brother, but that her admission was left out of the broadcast show.

Since 2009, Lady Sovereign has not put out any new music. She has hinted that her career has been halted by medical problems, but she has never specified a specific illness.