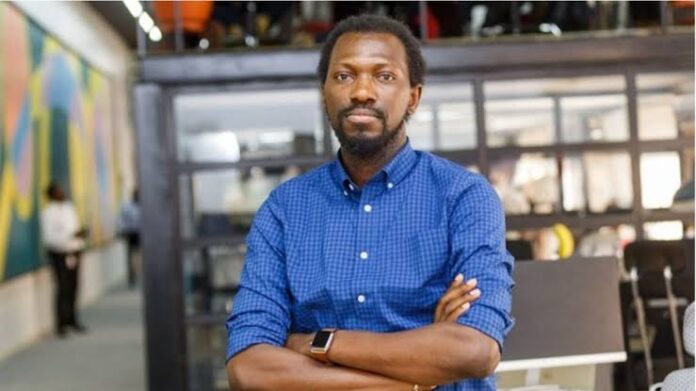 Olugbenga Agboola, born in 1985, is a Nigerian entrepreneur, product developer, innovator, co-founder, and CEO of Flutterwave, a Nigerian fintech company that provides a payment infrastructure for global merchants and payment service providers across the continent.

He was born and raised in Lagos State, in the south-western region of Nigeria, where he hails from and had his early education.

Olugbenga Agboola became the CEO of Flutterwave after Iyinoluwa Aboyeji stepped down from the position in 2018.

Olugbenga Agboola originally hails from Lagos State, where he was born and raised. He is from the Yoruba ethnicity. He began his primary education in Lagos State and also completed his secondary school education in the same area before he relocated to the United States of America.

The Flutterwave CEO bagged an MBA from the Massachusetts Institute of Technology (MIT) Sloan School of Management, Cambridge, and also has a master’s degree in information technology security and behavioral engineering.

In order to further his skills, he obtained standard IT security certifications from EC-Council University, headquartered in Albuquerque, New Mexico. Agboola also received his Project Management and Advanced Computing degree from the University of Westminster in London, England.

In November 2012, Agboola later completed The Fundamentals of Finance for the Technical Executive and Developing a Leading Edge Operations Strategy in April 2013, both at MIT.

Because he was in the tech industry, he added the Supply Chain Strategy and Management program to his portfolio, and the Essential IT for Non-IT Executives class at MIT in November 2014.

He joined the Enterprise Infrastructure Solution Development team for Guarantee Trust Bank from 2005 to 2009, then left for Standard Bank Nigeria. He also worked as the technology product developer/project manager and came up with a biometric payment solution for the bank.

He worked as the Google product manager at Google Wallet, and also as the head of mobile financial services at Sterling Bank. The entrepreneur and product developer was the Head of Digital Factory and Innovation at Access Bank from November 2014 to May 2016. He was part of the Management Program at the Wharton School in 2015.

Prior to his position as Flutterwave CEO, Olugbenga Agboola served as the Senior Entrepreneur in Residence at Africa Fintech Foundry, where he worked from 2016 to 2018, handling important projects, and was part of the Strategic Marketing Programme at Northwestern University, Kellogg School of Management, Evanston, Illinois, in 2017.

The Flutterwave CEO net worth is an estimated $2million. Olugbenga Agboola is a Nigerian entrepreneur, product developer and innovator. The head of a Nigerian fintech company that provides a payment infrastructure for global merchants and payment service providers across the continent.

Olugbenga Agboola is an entrepreneur who is known for his position as the CEO of Flutterwave and he was kept his information private from the media.

It is not clear if Agboola is married, however there are rumors that the product developer is married but choose to live a private life without revealing his personal life to the public.