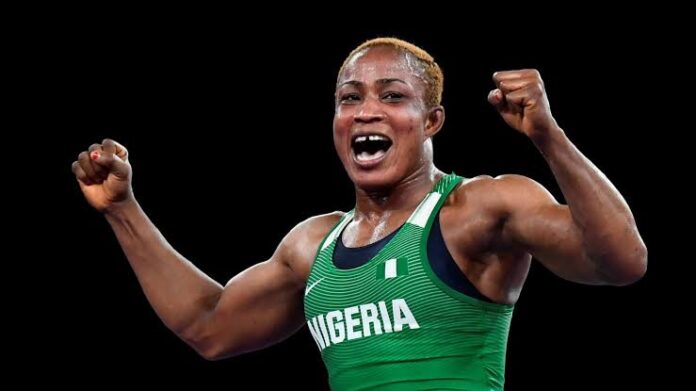 Blessing Oborududu, born March 12, 1989, is a Nigerian athlete and freestyle wrestler known for her physique and energetic body. She won the silver medal at the 2021 Poland Open held in Warsaw, Poland, and also qualified for the 2020 Olympic Games in Tokyo. Blessing Oborududu hails from Enugu State, Nigeria.

Blessing Oborududu was born in Gbanranu, Enugu State, in the Southeast part of Nigeria.

Her parents were initially opposed to her desire to become a wrestler, telling her that wrestling is solely for boys. She looked up to Canadian-Nigerian wrestler Daniel Igali, who was once thought to be the first Nigerian to win an Olympic medal in wrestling.

After observing her strong accomplishments at school inter-house wrestling contests, Oborududu was invited to a national camp in 2007 to compete in the African Games.

She has won a gold medal at the African Wrestling Championships every year for the last 11 years, with the exception of 2012, when she did not compete due to her participation in the Summer Olympics.

At the 2012 Summer Olympics, she competed in the freestyle 63 kg event and was eliminated in the 1/8 finals by Monika Michalik. During the 2014 Commonwealth Games, she won a bronze medal in the women’s middleweight division after defeating Chloe Spiteri in her bronze medal match.

She also competed in the women’s middleweight division at the 2016 Summer Olympics, where she was defeated in the second round by Soronzonboldyn Battsetseg.

At the 2017 Islamic Solidarity Games, she earned a gold medal in the women’s 63 kg division. She won gold in the 68 kg women’s freestyle wrestling event at the Gold Coast 2018 Commonwealth Games, defeating Canada’s Danielle Lappage.

She became the first Nigerian to earn an Olympic wrestling medal and Nigeria’s first silver medalist at the Tokyo Olympics.

At the 2022 African Wrestling Championships in El Jadida, Morocco, she won gold in her event. She earned one of the bronze medals in her event at the Matteo Pellicone Ranking Series 2022 in Rome, Italy, a month later.

The net worth of Blessing Oborududu is an estimated $850,000.

The freestyle wrestler has not revealed any information about her relationship status.