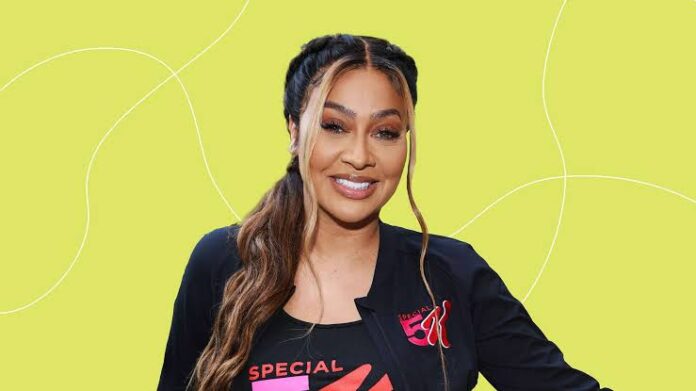 Alani Nicole Anthony, born June 25, 1981, better known as La La Anthony, is a famous American actress and television personality. She was an MTV VJ on Total Request Live in the early 2000s. La La Anthony co-hosted the VH1 reality television reunion series Charm School with Ricki Lake and served as a dean on the episodes Flavor of Love, I Love New York, For the Love of Ray J, and Real Chance of Love.

Anthony has a younger brother and two younger sisters and identifies as an Afro-Puerto Rican.

She was active in many things as a young child, but her main passion was music.

She attended Howard University to study communications, but she didn’t complete her degree.

Anthony began his radio career at WHTA-FM, HOT 97.5 in Georgia, when he was 15 years old. She presented Future Flavas with rapper/actor Ludacris while still in high school, following a brief stint at that station.

Anthony cohosted The B-Syde at Los Angeles’ 92.3 The Beat when he was 19 years old.

She proceeded to MTV where she cohosted Direct Effect and Total Request Live after leaving the station in 2001.

Anthony left MTV in 2003. She served as a producer on the Mike Tyson documentary Tyson, which was screened at the 2009 Cannes Film Festival and received the Regard Knockout Award in France.

Along with director/producer Brett Ratner, Anthony produced a full-length movie.

Anthony made appearances in the movies Think Like a Man, Baggage Claim, Two Can Play That Game, and the television programs “NYC 22” and Single Ladies.

Anthony made an appearance in the off-Broadway production of Love Loss and What I Wore in October 2011.

Carmelo Anthony and La La’s Full Court Wedding, which followed the events leading up to their nuptials, were both featured in and executive produced by Anthony.

In 2016, Anthony collaborated on the staging of Danai Gurira’s Eclipsed on Broadway.

La La Anthony is a popular American actress and television personality who has a net worth of $30 million.

On July 10, 2010, in front of 320 guests, they were wed by Michael Eric Dyson at Cipriani’s in New York. VH1 recorded the event, which was shown as part of the couple’s reality series La La’s Full Court Wedding.