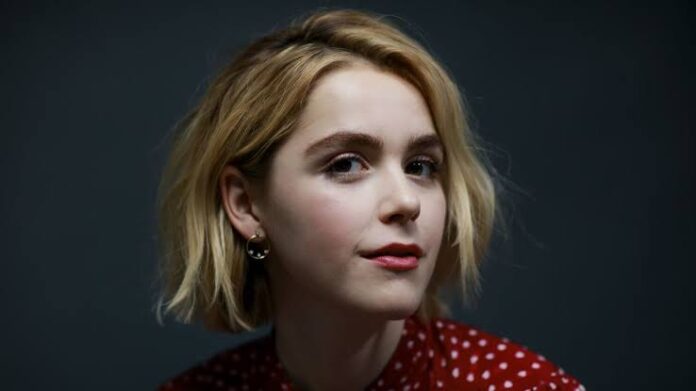 Kiernan Brennan Shipka, born November 10, 1999, better known as Kiernan Shipka, is a young talented American actress. She is widely recognized for her roles as Sally Draper in the AMC drama series Mad Men (2007–2015), Sabrina Spellman in the Netflix series Chilling Adventures of Sabrina (2018–2020).

Shipka enrolled in ballroom dance lessons when she was five years old and continued to do so as of March 2012.

When she was six years old, her family moved to Los Angeles, California to support her acting career.

At the age of five months, Shipka made her television debut on the medical drama ER. When she was a newborn, she also started doing commercial print modeling.

After taking on a number of minor television roles, Sally Draper, the daughter of the show’s star Don Draper, played her first significant role.

Mad Men ran from 2007 to 2015. After two auditions, she was given the part. For the first three seasons of the program, she appeared frequently as a guest star before switching to a regular role in season four.

She won the Screen Actors Guild Award for Outstanding Performance by an Ensemble in a Drama Series in 2008 and 2009 for her role in Mad Men. Shipka’s performance on Mad Men was praised.

Shipka’s performance on Mad Men was praised. She was cited as his ideal candidate for the Primetime Emmy Award for Outstanding Guest Actress in a Drama Series in 2010 by Austin American-Statesman critic Dale Roe.

This is a ballot fantasy that could come true the next year if Shipka’s impending Mad Men work—struggling with her parent’s broken marriage and entering preteen hood in the turbulent 1960s—remains as outstanding as it was in season three.”

The Silence, directed by John R. Leonetti and based on Tim Lebbon’s 2015 horror novel of the same name, featured Shipka as a deaf adolescent opposite Stanley Tucci.

The Silence debuted on Netflix on April 10, 2019. For the part, Shipka studied American Sign Language.

Leonetti commended her work, adding “In the role against Stanley Tucci, she is more than capable of holding her own. It has been enthralling to observe her.”

Shipka was given a role in the HBO political drama miniseries White House Plumbers, which premieres in May 2021.

In the 2022 drama Wildflower, she portrayed Bea Johnson, the child of two intellectually challenged parents.

Kiernan Shipka is a promising American actress and television personality with a net worth of around $4 million.

After being seen dining together in November 2022, Kiernan and John Mayer fueled dating speculations.