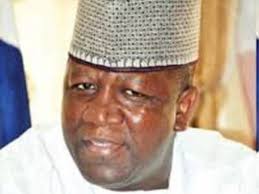 Abdul-aziz Yari was elected Governor of Zamfara State on the platform of the All Nigeria Peoples Party (ANPP).

Abdulaziz Yari was born in Talata Mafara, Zamfara State in the northern part of Nigeria.

He began his education at Talata Mafara Township Primary School, then proceeded to Government Teacher’s College in Bakura.

He attended Sokoto Polytechnic from 1991 to 1994, where he obtained a certificate and later a Diploma in Secretarial Studies in 2004.

Abdulaziz Yari began his political career in 1999 when he assumed the position of Secretary of the then All Nigeria People’s Party (ANPP) between 1999 and 2003.

He was elected Chairman of ANPP Zamfara State in 2003 and also served the position of ANPP National Financial Secretary.

He was elected as Member representing Anka/Talata Mafara Federal Constituency from 2007 to 2011.

Abdul-aziz Yari Abubakar was elected Governor of Zamfara State on the platform of the All Nigeria Peoples Party (ANPP) on April 26, 2011.

In 2015, he was re-elected as Governor under the platform of the All Progressive Congress (APC).

He has served in other important political positions adding to his portfolio.

Abdulaziz Yari is a top Nigerian politician and the Governor of Zamfara State. He has an estimated net worth of $10 million.