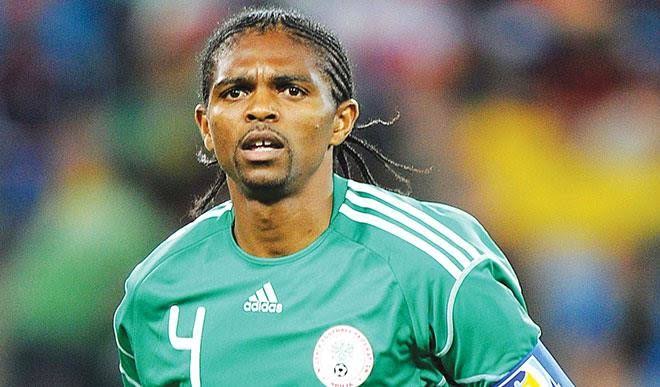 Kanu Nwankwo is a former Super Eagles player and skipper. He was born on August 1, 1976. He had a stellar football career spanning several years across Nigeria and Europe. He is the founder of the Kanu Heart Foundation, a children’s charity organization that provides free surgery to children suffering from congenital heart defects.

He has recently ventured into the online betting business with stakes in a betting company that is now one of the most successful bookmakers in Nigeria. Many have attributed the success of his betting brand to the fact that they offer players various betting bonus and his popularity.

Nwankwo Kanu was born into the family of Mr Iheme and Susan Kanu who are natives of Arochukwu local government of Abia State.

His name means ‘a child born on Nkwo market day’. This is a common practice among the igbos in South East Nigeria.

He was raised a Christian along with his brothers Christopher and Ogbonna both of whom turned out to be football players themselves.

Kanu spent his formative years in Owerri and he honed his football skills on the streets, before he caught the attention of local scouts.

Nwankwo Kanu is one of the most successful football players in Nigeria whether active or retired. He is one of the few Nigerian players to have lifted the UEFA Champions League, the UEFA Cup and a host of league titles in some major European leagues.

He began his career with  a non-league team, Works before he was scouted by local club side Iwuanyanwu Nationale. After impressing at the club as a teenager, he was invited to a trial at the national U-17 Camp.

Just like he had been doing, he carried his fine form from the club to the national camp and he became one of the first names on the Golden Eaglets squad that would represent Nigeria at the 1993 FIFA U-17 World Cup.

Following a fine performance in the Far East, he was quickly snapped up by Ajax Amsterdam where he went on to win the UEFA Champions League, UEFA Super Cup, Intercontinental Cup and three Eredivisie titles.

From Ajax, he earned a move to Italian giants, Inter Milan after winning Gold with the Dream Team in the football event of the Atlanta 96 Olympics. He won the UEFA Super Cup with the Italian team but things go as planned due to a heart problem.

He underwent surgery to correct the defect and he soon got a chance to ply his trade in England with Arsenal football club under the legendary French manager, Arsene Wenger.

He went on to win multiple league titles and Cups in his time with the Premier League outfit.

Aside from being a footballer and making a fortune from his career, he is also an entrepreneur. He is worth a staggering $9 million.

Kanu is married to Amarachi and the union is blessed with children.