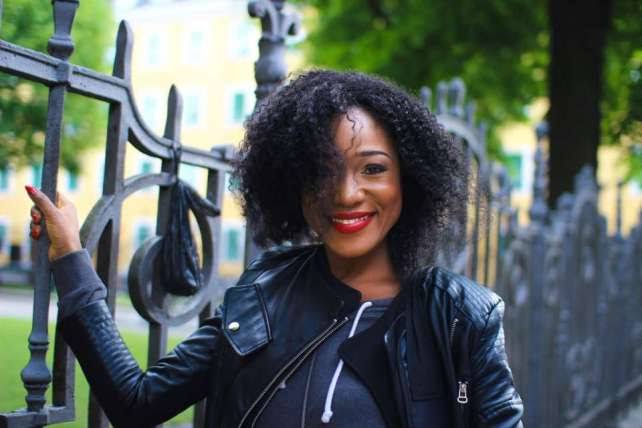 Judith Audu-Foght is a Nigerian professional actress, movie producer, model, and blogger. She is popular for her role in the Nigerian TV series Emerald, with Carol King, Joseph Benjamin, Femi Branch, and Lilian Esoro. Judith is happily married to Morten Foght.

Judith Audu-Foght was born in Navy Town, Ojo. Her father, Audu Ali Audu, was a naval officer, while her mother, Gift Salamat Audu, was an entrepreneur who owned restaurants and event rental services.

She has two brothers, Franklin Audu and Abdulmalik Audu while she is the only daughter. Judith is from the Auchi area of Edo State, Nigeria.

Audu began her education at Navy Town Primary School, Ojo in 1988, before proceeding to Navy Town Secondary School in 1993.

She attended Nigerian French Language Village, Badagry in 2001, where she obtained a Diploma and got admitted to the University of Lagos in 2002.

She obtained her B.A in French from the University of Lagos and also did her master’s degree at the same university.

Judith Audu-Foght has had a successful career in the entertainment industry having worked with several personalities.

She got her first role on the small screen in Tajudeen Adepetu’s TV series, One Love.

Taking her career to another level, in 2014, Audu produced her first movie on domestic violence titled “Not Right”, which starred Omowunmi Dada, Ani Iyoho, Philip Festus, and Judith Audu.

She is one of the most successful actresses in Nigeria with a net worth of around $500,000.

Judith is a blogger with two outstanding blogs, one is about upcoming artists while the other is about food recipes.

The actress, blogger, and model is married to Morten Foght. The marriage took place on July 1, 2011.