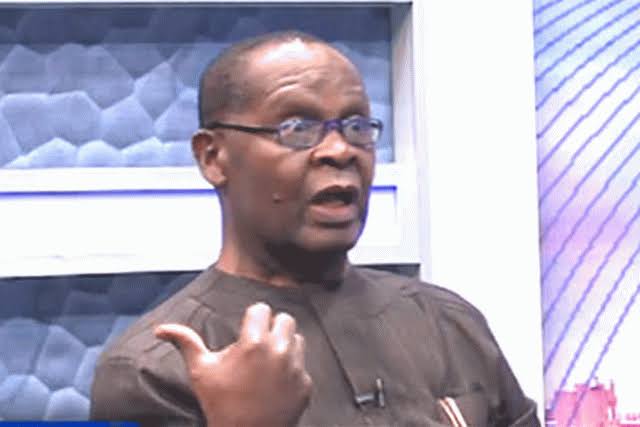 Joe Igbokwe, born on April 30, 1956, is a Nigerian politician and professional engineer who is currently serving as Special Adviser for Drainage & Water Resources to Lagos State Governor, Babajide Sanwo-Olu. He was born in Uruagu, Nnewi, Anambra State, where he hails from and completed his early education.

Joe Igbokwe is a recognized icon in Nigerian politics whose influence is second to none.

Joe Igbokwe was born into the family of the late Chief and Mrs Daniel and Dinah Igbokwe in Uruagu, Nnewi, Anambra State.

He proceeded to Okongwu Memorial Grammar School (OMGS), Nnewi in Anambra State for his secondary education.

Igbokwe attended the prestigious University of Nigeria, Nsukka where he graduated with a degree in Mechanical engineering.

He did his compulsory National Youth Service Corps (NYSC) program in Ogun State.

In 2015, he bagged another appointment as the pioneer Chairman of Wharf Landing Fees Collecting Authority, WLFCA in Apapa, a position he held till his appointment as a member of the cabinet of Mr Babajide Sanwo-Olu.

As a politician, Engr. Joe Igbokwe served as the State Chairman of the defunct Action Congress (AC) which later merged to become the ruling All Progressives Congress (APC).

The popular politician is also a member of the Nigerian Society of Engineers (NSE) and the Council for the Regulation of Engineering in Nigeria (COREN).

Engr. Joe Igbokwe is a Nigerian engineer and politician who has an estimated net worth of $5 million, making him one of the richest Nigerian politicians.

Igbokwe is happily married to Dr. (Mrs) Grace Igbokwe, with the union blessed with children. Although the prominent politician doesn’t disclose much information about his family online.