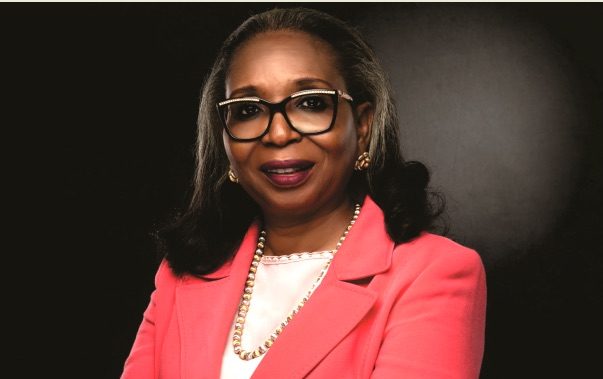 Ibukunoluwa Abiodun Awosika, born Bilkisu Abiodun Motunrayo Omobolanle Adekola on December 24, 1962, is a Nigerian businesswoman, author, and motivational speaker. Ibukun was the former Chairman of First Bank of Nigeria. She was born and raised in Ibadan, the capital city of Oyo State.

Ibukun was born in Ibadan, the capital of Oyo State, and completed her primary and secondary school education at St. Paul’s African Church Primary School in Lagos and Methodist Girls’ High School in Yaba, respectively.

She enrolled at the University of Ife (now Obafemi Awolowo University), where she earned a B.Sc in Chemistry, despite her initial desire to study Architecture and taking elective courses in Accounting.

He is also a fellow of the African Leadership Initiative and the Aspen Global Leadership Network.

Following the departure of Prince Ajibola Afonja on September 7, 2015, Ibukun became the first woman to be appointed Chairman of First Bank of Nigeria.

Ibukun Awosika serves on the International Advisory Board of IESE (IAB). She is also a director of Cadbury Nig Plc and Digital Jewel Limited.

Ibukun Awosika is Nigerian businesswoman with an estimated net worth of $10 million. She was the former Chairman of First Bank of Nigeria.

She is also the co-founder and former Chairman of the Board of Trustees of WIMBIZ, a platform that encourages women in business.

Ibukun Awosika has three children with her husband, Abiodun Awosika. The couplde have been living in peace and harmony since they got married.