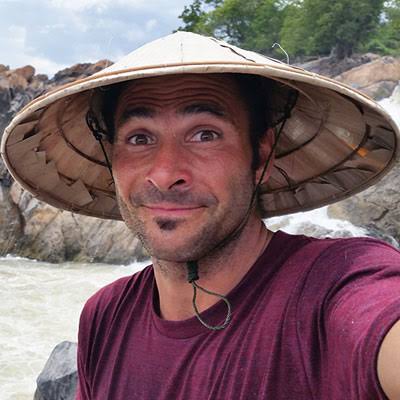 Hazen Audel, born January 25, 1974, is a famous American adventurer, television presenter, biologist, educator, natural history guide. In the 2014 television series “Survive the Tribe,” he had previously worked with the network to capture a week of living with a Native American tribe.

Hazel Audel was born to Kootenai and Salish Native Americans, on January 25, 1974 in Spokane, Washington, in the United States. He is also of Greek descent.

Despite leaving his studies at Western Washington University in the middle, he later returned to finish his Bachelor of Science in Biology with a focus in Entomology and Art in 1998.

He studied Zoology, Chemistry, and Ceramics at Eastern Washington University between 1992 and 1994.

In 2001, he graduated with a Master’s degree in Tropical Ecology and Ethnobotany from the University of Hawaii at Manoa in Honolulu.

In 2002, he completed a Masters of Arts in Teaching at Spokane, Washington’s Whitworth College. In addition to speaking Quichua and Vanuatu pidgin (in the South Pacific), he is fluent in English and Spanish.

He frequently travels, but he resides most of the time in his hometown and is very close to his parents.

Hazen Audel was captivated by bugs and snakes as a child and wanted to be a cross between Tarzan, David Attenborough, and Dr. Herbert R. Axelrod.

He went to college to study botany and became a botanist, becoming the first member of his family to seek education beyond high school.

But he quickly grew weary of the conventional teaching methods and left school to seek adventure in the Amazon.

Audel, a 19-year-old who already had all the necessary camping gear, paid $680 for a ticket to Ecuador and $20 for a 25-pound bag of rice before setting out on his journey.

The farthest he could get by road was to Rio Misahualli, an Amazon tributary, where he set up camp close to an indigenous Quechua community.

Up until one day when he was asked to a meal, he merely saw them fishing distantly while making an effort to catch some fish himself.

In addition to learning more about the indigenous way of life and, more significantly, where to find the bugs and snakes, he started moving coffee up and down the river.

He lived there for more than eight months and returned every summer for the following five years, delving further into the wilderness each time.

American adventurer, television presenter, biologist, educator with an estimated net worth of $2 million.

Hazen Audel revealed that he had a six-year relationship that ended because of his work style and personality. He is currently single because he has trouble finding love. This is a result of frequent trips to isolated and rural areas.