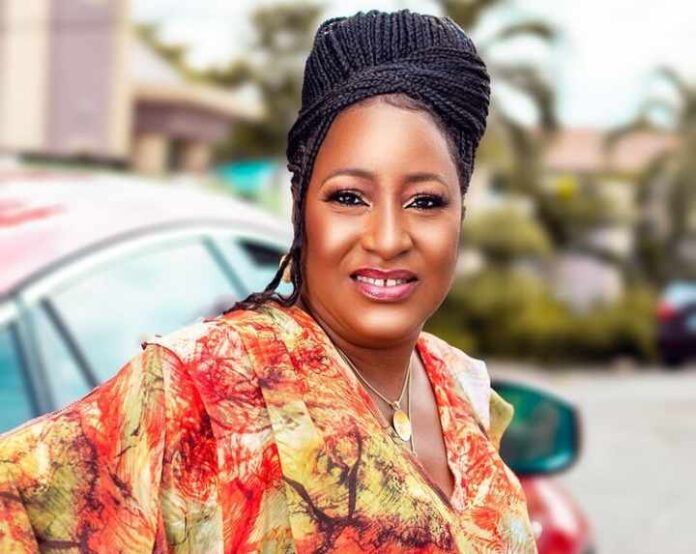 Iretiola Olusola Ayinke, born May 3, 1967, better known as Iretiola Doyle, is a Nigerian actress, entertainer, TV presenter, writer, and public speaker. She was born in Ondo State but spent her early years with her family in Boston, the United States. Ireton Doyle has several screen plays to her credit, including Amaka Igwe’s Tempest (Season 1).

The talented and experienced actress and TV presenter is regarded as one of the best entertainers in Nigeria.

Iretiola Doyle was born in Ondo State, Nigeria where she hails from but spent her early years with her family in Boston, United States.

Iretiola Doyle returned to Nigeria where she attended Christ’s School Ado Ekiti and obtained a Diploma in Mass Communication.

She also graduated from the University of Jos with a degree in Theatre Arts.

The super actress is enjoying a great career in the Nigerian entertainment industry, with credits in different stage and television presentation, filming, books and printing.

She has produced and presented her own fashion and lifestyle show titled “Oge With Iretiola”.

As a presenter, she has anchored several television shows, including “Morning Ride,” “Today On STV,” and “Nimasa This Week on Channels TV.”

Iretiola Doyle is also a social commentator whose work has been featured on different columns; Shooting Breeze in City People, and In The Chat Room in the Gliteratti pull-out of this This Day Newspaper and Tiola’s Take in the Saturday Vanguard.

She has played key roles in Nollywood movies including Merry Men 2.

Iretiola Doyle is a popular Nigerian actress, writer and TV presenter with an estimated net worth of $1-5 million.

Iretiola Doyle is married to Patrick Doyle, and the union has been blessed with six children. Abimbola Ozofor is one of Ireti Doyle’s daughters.