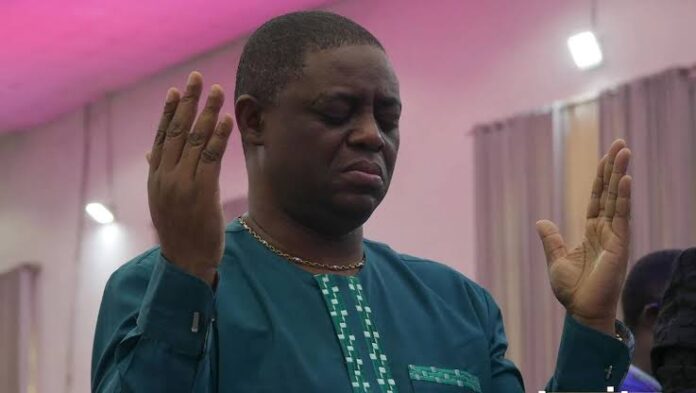 We bring you Femi Fani-Kayode’s biography with all the information you need to know about the popular Nigerian politician.

David Oluwafemi Adewunmi Abdulateef Fani-Kayode, born October 16, 1960, better known as Femi Fani-Kayode, is a Nigerian politician, lawyer, poet and essayist. He was a member of the Peoples Democratic Party and he is an Ile-Ife chieftain of Yoruba descent. Fani-Kayode was the Special Assistant on Public Affairs to President Olusegun Obasanjo from July 2003 until June 2006.

He is an Ile-Ife chieftain of Yoruba descent.

Femi Fani-Kayode’s great-grandfather, the Rev. Emmanuel Adedapo Kayode, was one of the earliest Nigerians to be educated in England, receiving an MA from the University of Durham, after which he became an Anglican priest.

His grandfather, Victor Adedapo Kayode, studied law at Cambridge University and became a lawyer and a judge.

He entered Harrow School in Harrow on the Hill, United Kingdom, and later entered Kelly College in Tavistock, UK, where he completed the rest of his public school education

Femi Fani-Kayode went to the University of London, School of Oriental and African Studies where he graduated with an LL.B law degree in 1983

Femi Fani-Kayode is a staunch politician who has previously served in several positions.

He bagged an appointment as the first ever Special Assistant on Public Affairs to the President of the Federal Republic of Nigeria.

Femi Fani-Kayode is a top Nigerian politician and lawyer with an estimated net worth of $5 million.

Femi Fani-Kayode has been married four times. Femi Fani-Kayode first wife was Saratu “Baby” Atta in 1987 and they divorced in 1990 although the marriage is blessed with one daughter, Oluwafolake.

He married Yemisi Olasunbo Adeniji in 1991 but they were divorced by 1995.

His third marriage was with Regina-Hanson Amonoo. They got married in 1997 and have one daughter, Oluwaremilekun.

In 2014, Femi Fani-Kayode and Precious Chikwendu, a beauty queen and the winner of the Miss United Nations (world) beauty pageant 2014, got married.

Femi Fani-Kayode has eight children all together, with four different women.