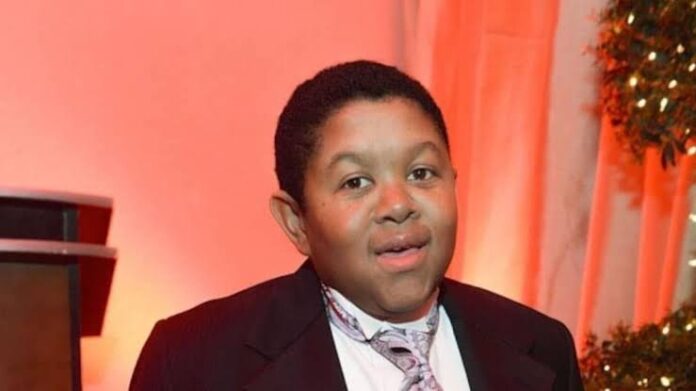 Emmanuel Lewis, born March 9, 1971, is a renowned American actor and internet personality best known for portraying the lead role in the television sitcom Webster in the 1980s. Lewis has won a Clio Award twice and the People’s Choice Award three times.

Emmanuel Lewis, who was raised in Brooklyn, New York, completed his high school studies at Midwood in 1989.

In 1997, he graduated with a bachelor’s degree from Clark Atlanta University.

In order to continue his career in the winter, spring, and summer, he would only enroll for the fall semester.

He was up for Best Young Actor in a Comedy Series for his role in Webster in 1984, but Rick Schroder of Silver Spoons won.

He was nominated for the same award in 1985, but It’s Not Easy’s Billy Jayne won. Marc Price, who won for his work in Family Ties, beat him out for the award for Best Young Actor Starring in a Television Series in 1986.

Kirk Cameron of Growing Pains won the 1987 award for Outstanding Performance by a Young Actor Starring in a Television Comedy or Drama Series, for which he was nominated.

Lewis served as the Whopper of Burger King’s young ambassadors.

In a 2001 episode of The Weakest Link starring kid actors, Lewis made an appearance playing himself. He lost in the third round of voting.

He had guest appearances in the 2007 movie Kickin’ It Old Skool and a Zach Galifianakis-starring episode of Between Two Ferns in 2013.

He is well-known as a vocalist in Japan and has put out two singles; his first, “City Connection,” peaked at number two on the Oricon chart.

Lewis made an appearance on Ken Reid’s “TV Guidance Counselor” podcast on November 9, 2014.

As a part of the 2014 Boston Comedy Festival, the episode was captured live at the Davis Square Theater in Somerville, Massachusetts.

Emmanuel Lewis is a renowned American actor and internet personality who has a net worth of around $5 million.

It is not clear if Emmanuel Lewis is married or not as we don’t have information regarding his relationship or marital lifestyle.

He has been living a private life despite reaching the spotlight, the actor has since refused to talk about his love life.